Details set for Australian premiere of `Quantum of Solace`

Details have emerged of the forthcoming Australian premiere of the 22nd James Bond film "Quantum of Solace".

Cast members Daniel Craig and Olga Kurylenko will be joined by director Marc Forster and producer Barbara Broccoli for the trip Down Under to promote the latest 007 adventure.

The premiere will take place at Hoyts Entertainment Quarter in Sydney on Saturday 15th November. The festivities kick-off at 5:30pm, so fans should aim to turn up a couple of hours ahead to catch a glimpse of the cast as they walk the red carpet.

Last time around, Craig visited Sydney for the "Casino Royale" premiere in 2006. 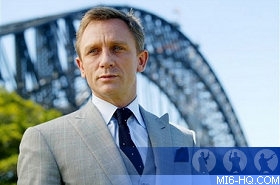