Martin Campbell, who helmed GoldenEye back in 1995, has been rumoured to be signing for "Bond 21" imminently.

The New Zealand born director is most famous for directing Pierce Brosnan`s debut outing as 007, and bringing the series back to box-office success. 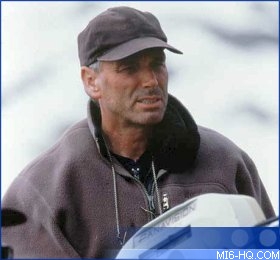 Since GoldenEye, Campbell has directed "The Mask of Zorro" (1998), "Vertical Limit" (2000) - which starred Izabella Scorupco from "GoldenEye", and has just completed "Beyond Borders".

If Campbell signs it would be the first time Brosnan has worked with a returning director on a Bond film.

Campbell was reported to have been offered to continue with "Tomorrow Never Dies" in 1997, but turned down the offer. Roger Spottiswoode was given the directors chair, after being originally rumoured for "GoldenEye" three years previously.

Initial fan reaction to the news has been extremely positive, with the prospect of a classical, darker, film compared to the recent entry "Die Another Day" which was directed by fellow Kiwi Lee Tamahori.