This month the BMI (the American performing rights organization) saluted the top UK and European songwriters and publishers in the pop, urban, country, dance, college and film/TV music genres at its 2003 London Awards.

The gala dinner and awards ceremony, which honors the most performed songs on US radio and television written by members of its sister performing rights organizations, was hosted by BMI President & CEO Frances W. Preston along with BMI Senior Vice President of Writer/Publisher Relations Philip Graham. The invitation-only event was held in the Ballroom of London`s Dorchester Hotel. 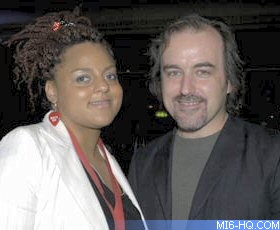 Music from the top US movies and television shows were awarded in the "FILM MUSIC AWARDS" category.

David Arnold was honoured for his soundtrack to the last James Bond film "Die Another Day".

Thanks to Scorpion for the alert.