Shortly after the re-imagined version of "GoldenEye 007" was unveiled at E3 last month, Activision and Nintendo demonstrated the game in Frankfurt, Germany, for the European media who were not able to make it to Los Angeles.

German website Nintendo Online recorded a video of a split-screen multiplayer demo. The footage also includes the first look at the user-interface graphics for the game.

Click here for complete coverage of "GoldenEye 007" on MI6. 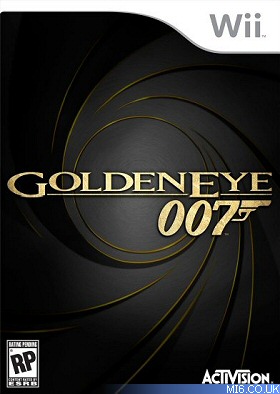 Thanks to `Quantumofsolace007` for the alert.