As signs increasingly point towards an official reveal of "Blood Stone" in the coming days, Activision's next James Bond videogame for the Xbox 360 and Playstation 3, another intriguing rumour circulated today.

According to online posts at EThrill, two well known artists have collaborated to record a new title song for the upcoming "Bloodstone" videogame.

The report said, "Dave Stewart goes James Bond ... together with Joss Stone! Together they wrote and performed the exclusive musical title track "I'll Take It All" for the new James Bond videogame Bloodstone." 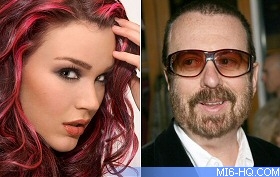 Who is EThrill? The site has been covering news of Dave Stewart and Eurythmics for over ten years, and boasts connections with the band's staff and music labels.

It appears the leak of the collaboration was a little ahead of plan, and the site has swiftly removed the article. Gaming blogs have subsequently picked up the news.

The first 007 game to have a specially recorded title song was "Everything or Nothing" (EA Games - 2003), performed by Mya.