'History of MI6' author talks about his new book

Sword-stick assassinations; the slow torture of Rasputin, found with his testicles crushed; a sack tied to a door, containing the remains of a secret agent. Michael Smithâs latest book, Six: A History of Britainâs Secret Intelligence Service, doesnât stint on violence. He said: âPeople have accused me of exaggerating, because the subtitle is Murder and Mayhem, but itâs all there in the facts" - reports the Oxford Times. 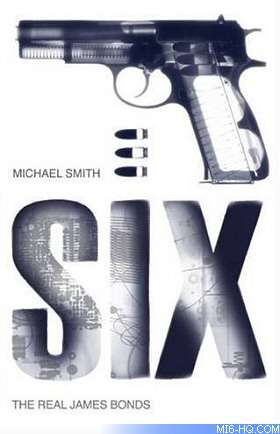 Mr Smith made his name in 2004 as defence correspondent of the Sunday Times, exposing the Downing Street memos, which rocked the Bush and Blair administrations with suggestions that the intelligence that sparked the war in Iraq was âfixedâ.

He is uniquely placed to write about spying and spies, because he used to be one.

Having left grammar school at 15, he joined the Army, which first trained him as a surveyor, then recruited him to the Intelligence Corps, teaching him Arabic and later German so that he could listen to secret communications. It was routine stuff, he says, and he had no idea of the importance of his work. âLooking back, I wish I had made more of it, but I was a typical 20-year-old, more interested in drinking and chasing girls.â

When he left the Army, he found a job with the BBC World Service at Caversham, later moving to the Daily Telegraph. He hadnât intended to use his intelligence background, but was appalled at the way the secret service was portrayed in the media. âIn the 1980s, they were largely reporting conspiracy stuff. I didnât think there was organised conspiracy; it was just people doing their job. There will always be someone who doesnât do their job properly, or perhaps being lazy and making a mistake, then covering it up.â

He is unworried by the fact that an official history of MI6 is due out this autumn, because he says it will be highly constrained by not naming agents unless they have named themselves. He believes his book has the best stories â plenty of Boyâs Own stuff like invisible ink, hollow teeth and secret documents hidden in a toilet cistern, as well as gory James Bond-style assassinations. But on the whole, he thinks British Intelligence did a professional job.

âAt one stage, we had Trotskyâs secretary and Stalinâs secretary â both were British agents. Albert Hoyer, a Danish sea captain, joined the Russian Merchant Navy, saying he supported the Bolsheviks. He contributed valuable information until he was discovered.â

The network included Arthur Ransome, who later married Trotskyâs secretary and retired to the Lake District, where he wrote the childrenâs book Swallows and Amazons.In Sweden, a White Russian who opposed the revolution lured Bolshevik couriers to their deaths with the help of his attractive 16-year-old daughter. âHe would chain them up and interrogate them, then garrot them. There were four or five of these deaths, like a serial killer. The Swedish police treated it as a murder investigation and he was hanged.â

Did the British officers know about this?

âI doubt very much that even his intelligence officer knew. He knew that this guy was coming up with information, but that was all. But that was the way you operated on the ground.â

Mr Smith is one of a group of half a dozen âtrainspottersâ who comb public records for information about MI6, and he uses an ex-KGB researcher in Russia. After commuting to London from South Oxfordshire for years, he now works partly from home in Stoke Row, near Wallingford.

As for those Downing Street memos, and the âsexing upâ of intelligence dossiers, was this a historical aberration, or is there a history of political interference?

âAbsolutely. It was used to justify the Allied invasion in northern Russia after the First World War, when we went in with too few troops. Thereâs a definite parallel there. And throughout the 1930s and 1940s, politicians would reveal intelligence to make a political point, damaging our ability to gather information.â

In 1929, a document showing German preparations for war was supressed. âChamberlain didnât want to know. The Admiralty later dismissed reports about the U-boat programme as rubbish.â

Having taken us up to the eve of the Second World War, he plans to bring out part 2 next year, taking the story up to the work of MI6 in Afghanistan and Iraq today.

Having produced several books about âthe real James Bondsâ, he is now writing a novel set in Second World War Germany, sparked by research into plots to kill Hitler.