Despite taking over the 007 role eleven years after Sean Connery debuted, the veteran English actor is the oldest of all the Bond's. 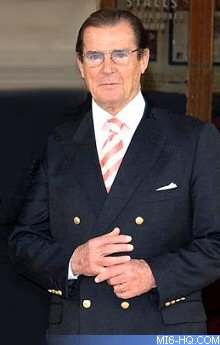 Roger, the son of George Alfred Moore, a London police constable, was born on October 14th, 1927, in Stockwell, London, England. He played the role James Bond in the official series for a record number of seven times, debuting in 1973 with "Live And Let Die" and retiring twelve years later after 1985's "A View To A Kill".

Click here to read his full biography on MI6.