As MI6 first revealed yesterday, a new artist has been brought in to cover Tina Turner's classic "GoldenEye" movie theme song for Activision's update of the James Bond videogame for the Nintendo Wii next month.

The artist has been confirmed as Nicole Scherzinger, the lead singer of the Pussy Cat Dolls. She is also just about to release her first single "Poison" (on November 29th) from her as-yet-untitled debut solo album.

The "GoldenEye" cover is faithful to the original version, but composer David Arnold has brought the arrangement up to date with Scherzinger's fresh vocals. 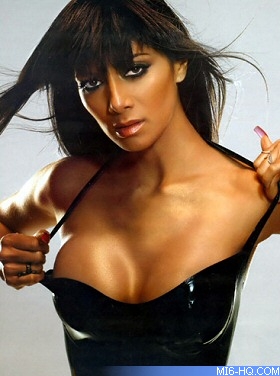 A video of the game's opening title sequence, which includes the theme song performed by Scherzinger, has appeared online. Click below to watch the video (via YouTube).

The game hits stores in the USA on November 2nd, and in the UK on November 5th. Click here for pre-order links.

Thanks to `TopGearJB007` for the alert.