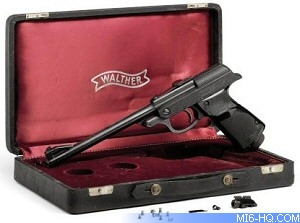 Meanwhile, a rare Darth Vader costume made for Star Wars film The Empire Strikes Back failed to sell. It had been expected to fetch up to Â£230,000.

The costume, which was being sold by a private collector from the US who acquired it in 2003, was believed to have been the first complete Vader costume to be offered at auction.

Among the other items sold at Thursday's Popular Culture: Film and Entertainment auction was a dinosaur model from the 1933 King Kong film that went for Â£25,000.

A metal box that contained the glowing red eye of the computer HAL from the film 2001: A Space Odyssey sold for Â£17,500

A pair of trunks worn by Christopher Reeve in the 1984 film Superman III failed to sell.