'Carte Blanche' half price at Barnes & Noble - Friday only

Popular bookstore chain Barnes & Noble in the USA are discounting the new James Bond novel "Carte Blanche" by Jeffery Deaver at half price on Friday only (10th June 2011). Be sure to grab your pre-order at the low price of $13.49 before it's too late! 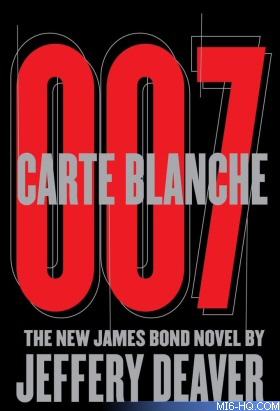 Blurb
Blurb
James Bond, in his early thirties and already a veteran of the Afghan War, has been recruited to a new organization. Conceived in the post-9/11 world, it operates independent of MI5, MI6 and the Ministry of Defense, its very existence deniable. Its aim: To protect the Realm, by any means necessary.

A Night Action alert calls James Bond away from dinner with a beautiful woman. Headquarters has decrypted an electronic whisper about an attack scheduled for later in the week: Casualties estimated in the thousands, British interests adversely affected. And Agent 007 has been given carte blanche.