Behind the scenes photos of golden girl Shirley Eaton auctioned

Behind the scenes photographs from the classic 1964 James Bond film "Goldfinger" that show actress Shirley Eaton preparing for her glistening scene were sold at auction this week.

A private collector in the UK bought the three shots by photographer David Hurn for Â£2,580.

Jocelyn Phillips, from auctioneers Bonhams, said: 'David Hurn was a photo-journalist who worked for the Magnum agency. The producers of the film commissioned him to take stills of the actors and clearly he had free reign and photographed Shirley Eaton being painted. The scene is one that really stands out in the memory. To see how she was painted with just a large brush is fantastic.' 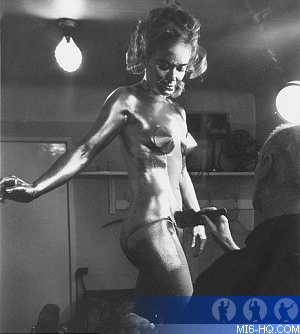 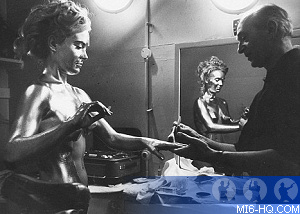 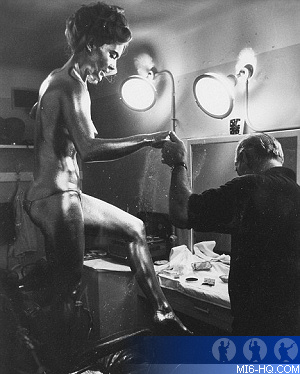