Residents who live near Pinewood Studios have received a letter warning them of an upcoming Bond 25 sequence to be filmed on the exterior 'Northlot' space.

"The sequence we will be filming involves an exchange of gunfire within one of our large exterior sets. It is anticipated that the sound generated by this gunfire may be heard outside of the Pinewood Studios perimeter. We will be publishing a proposed schedule shortly along with further detail." 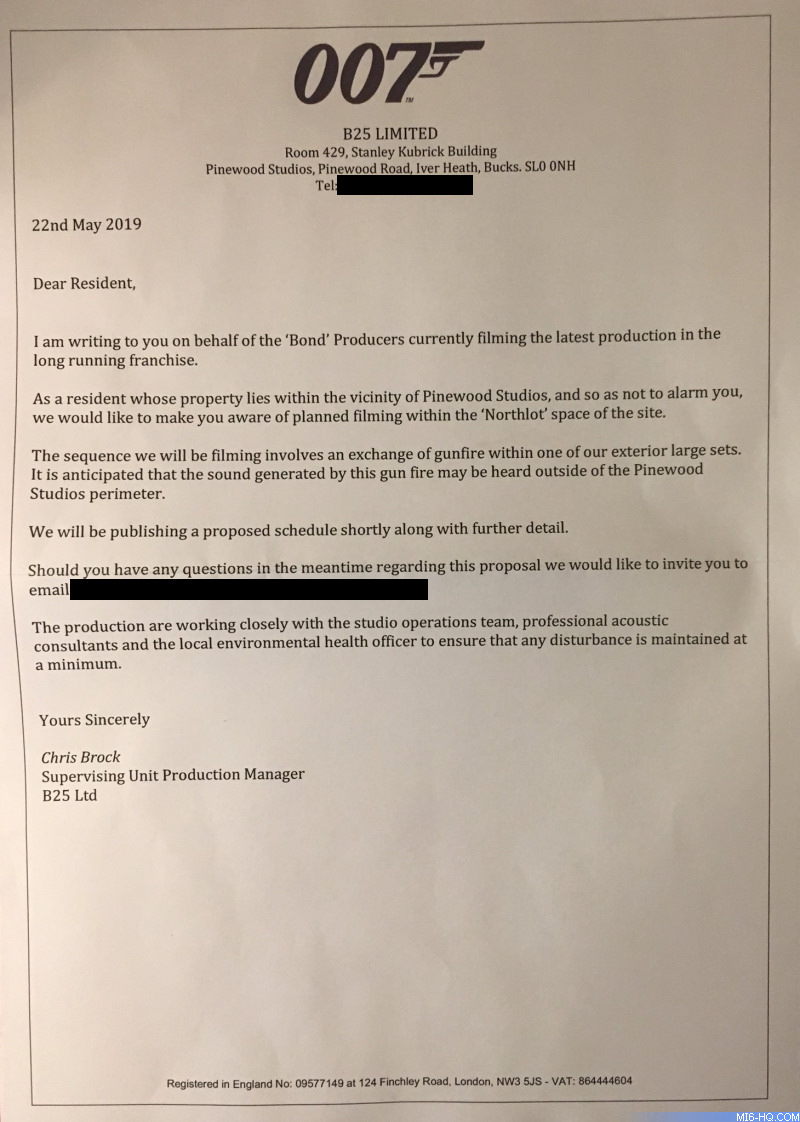