Although its inclusion in the film has yet to be officially confirmed by either Aston Martin or EON Productions, UK tabloid The Sun has published a photo of the new battery-powered 200mph-plus Aston Martin Valhalla arriving on set at Pinewood Studios ready for Bond 25 filming.

The £1.5million hypercar, of which only 500 will ever be built, was unveiled this week. 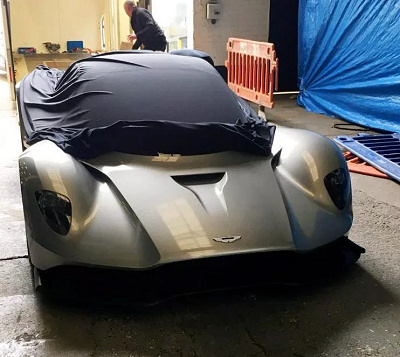 A 'source' told the paper: “It’s been a miserable few weeks. Things went from bad to worse with Daniel’s injury and then the set explosion. But now the Bond car has arrived and Daniel is on the mend. It’s the best bit of news they’ve had for a long time. They’re still way behind schedule but the car adds that little bit of sparkle."