No Time To Die on the cover of Empire Magazine again

'No Time To Die' will feature on the cover of the February 2020 issue of Empire magazine. They are claiming a 'first look' at the film, even though they did that in the December issue, as did Entertainment Weekly.... and Total Film.

But do not worry, Empire's 'February' issue is out on 27th December, so you do not have long to wait for another first look. 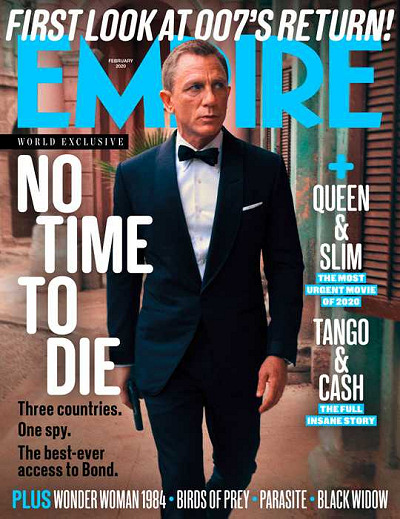