'No Time To Die' returns to IMAX in the USA

'No Time To Die' is heading back to select IMAX locations in the USA from Friday 21st January 2022.

MGM released a short statement saying the re-release is part of the 60th-anniversary celebrations for the James Bond franchise.

With several IMAX films announcing release date delays, it has opened up screens for alternatives. Coverage varies wildly around the country as it is understood that individual locations have discretion as to what to screen given the lack of new films. Some states have no scheduled showings at all. Check the IMAX website for your nearest location. 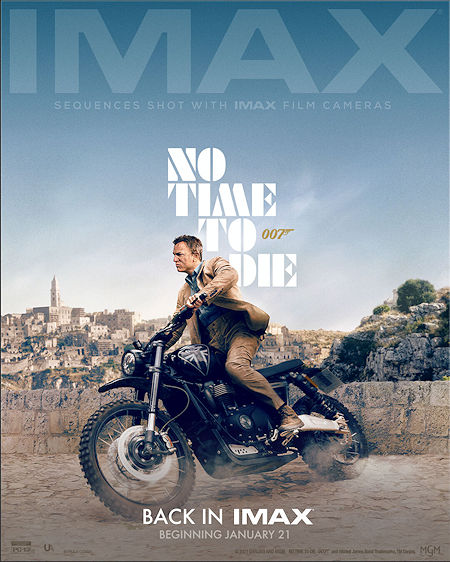