Photos emerge from inside stage where Bond 25 explosion rocked Pinewood

UK tabloid The Sun has published photos from inside the 007 Stage where a series of explosions caused damage to the set, outer building, and injured a crew member.

The paper reports that "it's thought a member of staff was left crushed by part of the set which fell on him as he stood on a ramp outside the studios."

Government agency the Health & Safety Commission confirmed they had started to make initial inquiries about the incident.

A source told The Sun: "There were three huge explosions and it’s blown part of the Bond stage roof off and some wall panels off the stage. They were supposed to be filming. A fireball was supposed to go through the set. That was the stunt but something has gone horribly wrong. There were three loud explosions, one after another, and a member of the crew was lying on the floor outside the building injured. It went bang, bang, bang. The place is now on total lockdown." 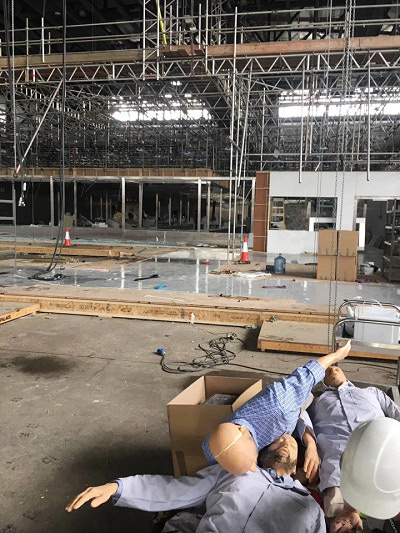 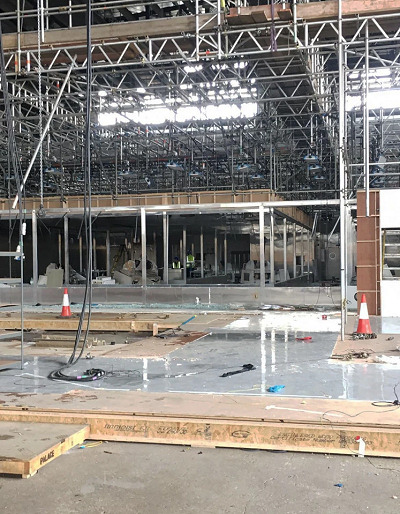 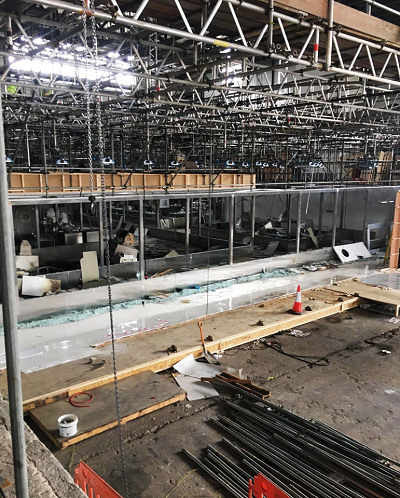