Entitled The MacGuffin, Benson's story plays on the old trope of an internationally desired gadget or, in this case, bag. The bag is purple, left at an airport and its contents are a mystery. 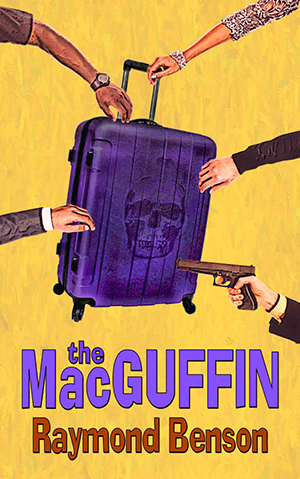 According to the synopsis: The CIA, the FBI, Middle Eastern operatives, Japanese Intelligence, and the Mafia all want it... but does anyone really know what's inside? One thing is clear–whoever's in possession of it won't have very long to live."

The new story is now available on Amazon for just $1.20.