Renard's submarine finds a new home on Isle of Wight

A large-scale model submarine that was used for 'The World Is Not Enough' was spotted queuing for a ferry this week heading from Southampton to the Isle of Wight (off the south coast of England). 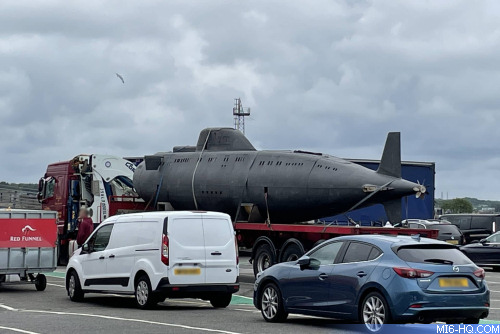 The prop was used for exterior sequences as well as the shot where Bond dives after the sub in Maiden's Tower.

The eventual home of the submarine has not been disclosed.