The Bank of England will be issuing a new polymer £20 note in 2020, and it will feature artwork familiar to Bond fans.

Artist MW Turner will be featured on the reverse of the note with his self-portrait, painted circa 1799 and currently on display at Tate Britain.

Alongside will be one of Turner’s most famous paintings, The Fighting Temeraire. This was a tribute to the ship HMS Temeraire, which played a distinguished role in Nelson’s victory at the Battle of Trafalgar in 1805. It is the painting that James Bond and Q observe during their meeting in 'Skyfall.' 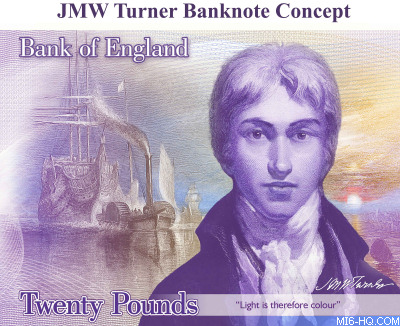