UK TV - 'The Man With The Golden Gun' on ITV1, Sunday afternoon

Christopher Lee makes a fine villain, sporting a golden gun, a third nipple and a tiny henchman called Nick Nack, who is wittily played by Herve Villechaize. Roger Moore gives his usual suave performance as James Bond, but this is far from the best in the series. 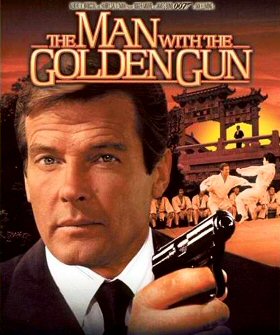