Following the news of Synnove Macody Lund's screentest for Bond 24, agent Anne Lindberg has confirmed that 32 year-old Danish actress Birgitte Hjort Sorensen of the hit television drama 'Borgen' is also under consideration for the role. "She has done previous castings for it. In Denmark, there was a lot of castings last year and this year for the Bond girl role," she said.

Also screentested for the part was 34 year-old Norwegian actress Ingrid Bolso Berdal, who will be seen next playing Atalanta in Brett Ratner's 'Hercules' movie. Lindberg confirmed that no casting decisions have been made yet. 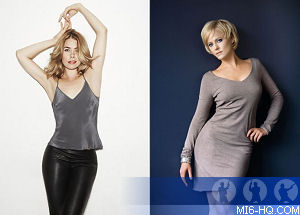 Other candidates for the role are Swedish actresses Disa Ãstrand (27) and Ida Engvoll (28).

A total of eight actresses are understood to have tested for the Scandinavian character "with a troubled past who will serve as a brief love interest for Bond."

The lead Bond Girl role is understood to be a British character.

Bond 24 will be released on October 23rd in the UK and November 6th in the USA.