Oscar-nominated art director, Alan Tomkins, who worked on seven James Bond movies has died at the age of 81. Tomkins’ career spanned more than 50 years in both Britain and Hollywood.

Beginning as a trainee in the art department at Elstree Studios in 1955, Alan Tomkins was soon promoted to draughtsman and at the age of 22, found himself on location in Jordan working on David Lean’s epic ‘Lawrence of Arabia’ (1962) and then at Pinewood Studios on Joseph L. Mankiewicz’s ‘Cleopatra’ (1963).

In 1961 Ken Adam invited Tomkins to join the art department on ‘Dr. No’. He completed much of his work on location in Jamaica, working from a chalet at the Courtleigh Manor Hotel where the unit was based. He created drawings of Dr. No’s reactor room, lair and the dragon tank, “I used a large sheet of plywood as a drawing board where I was supposed to come up with enough drawings to return to Pinewood, thus enabling Ken to start building sets.” Tomkins told Cinema Retro in 2012, “I remember being on the stage when Ian Fleming came in. He seemed terribly impressed with the set, or at least was kind enough to say he was.” The very first Bond girl, Eunice Gayson, made quite an impression on young Tomkins, whom he met at Pinewood, “wearing only a man’s white shirt covering a pair of knickers. I was dumbstruck and with my jaw firmly on the ground couldn’t even say, ‘good morning.’” 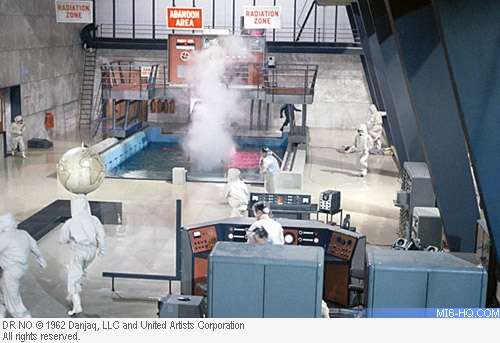 Following work on Eon’s non-Bond picture, the Bob Hope comedy, ‘Call Me Bwana’ (1963) Tomkins served as assistant art director to Syd Cain on ‘From Russia With Love’ (1963). He was sent to Paris to measure up and photograph the carriages of the Orient Express, which he then drew and were replicated as sets in the studio. He also completed the technical drawing for the underground cistern set and accompanying underground tunnels beneath Istanbul. 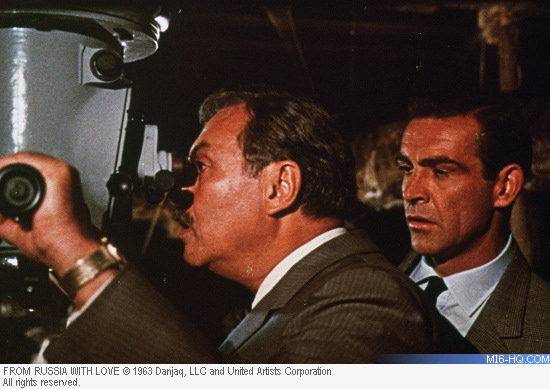 As an art director Tomkins worked with some of the industry’s finest directors: Stanley Kubrick, Franco Zeffirelli, Roman Polanski, Carol Reed, Clint Eastwood and Steven Spielberg. Amongst his proudest work was ‘2001: A Space Odyssey’ (1968), “Unfortunately, very little remains of the hundreds of drawings we did, as Stanley [Kubrick] ordered them all to be destroyed.” In 1977 he began work on ‘The Empire Strikes Back’ for which he was nominated for an Academy Award. Although he didn’t win he later described the recognition as “the icing on a very big cake.”

‘Robin Hood Prince of Thieves’ (1991) famously featured former James Bond, Sean Connery, in a cameo performance as King Richard in the final scene. When the star arrived on set it soon became apparent there was not a director’s chair with the star’s name on it. The prop’s department looked to Tomkins hoping he could quickly paint Connery’s name on canvas, “I would be the first to admit I am not a sign writer so I came up with the next best thing – I painted a king’s crown on the chair back, which Sean loved.”

In the nineties, Tomkins worked on three films for Oliver Stone, ‘JFK’ (1991), ‘Heaven & Earth’ (1993) and ‘Natural Born Killers’ (1994). Stone, who penned the foreword for Tomkins’ 2015 memoir, Stars and Wars, noted that Alan “represented the tradition of British filmmaking that Hollywood admires. He made my films better.”

Tomkins had a great interest in World War Two and his encyclopaedic knowledge benefited many movies including ‘Battle of Britain’ (1969), ‘A Bridge Too Far’ (1977), ‘Memphis Belle’ (1990), ‘Saving Private Ryan’ (998) and the TV series ‘Band of Brothers’ (2001). In his retirement, he consulted on Christopher Nolan’s ‘Dunkirk’ (2017). Tomkins had first met the acclaimed filmmaker while working on ‘Batman Begins’ (2005) realising the construction of the all-new Batmobile designed by Nathan Crowley.

Over the course of his career, he returned sporadically to the Bond series. Tomkins built a number of foreground miniatures on ‘For Your Eyes Only’ (1981) including a model of an industrial hangar, which was fixed in front of the camera to give the illusion of Bond’s full-size helicopter in the far distance entering the building. On ‘A View To a Kill’ (1985) he built sections of the Golden Gate Bridge in varying scales for the finale in which 007 fights industrialist Max Zorin. For ‘Die Another Day’ he oversaw Colonel Moon’s military compound in North Korea constructed on the backlot at Pinewood. 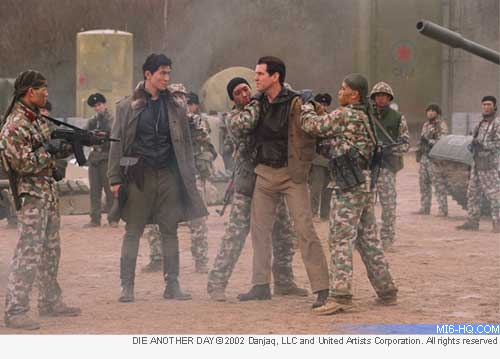 His retirement was marked with Daniel Craig’s debut, ‘Casino Royale’ (2006). “Since Dr. No was my first Bond film in 1961, it seemed only fitting that this was the perfect film on which  to complete my fifty years in the business and hang up my T-square.” He assisted his life long friend, production designer, Peter Lamont, who asked him to oversee the interior of the sinking Venetian house. The set was constructed on the 007 Stage at Pinewood Studios and built into a vast hydraulic rig that would lower the set down into a water tank. In 2007 Lamont’s team on ‘Casino Royale’ won an Art Directors Guild award in the ‘contemporary feature film’ category. 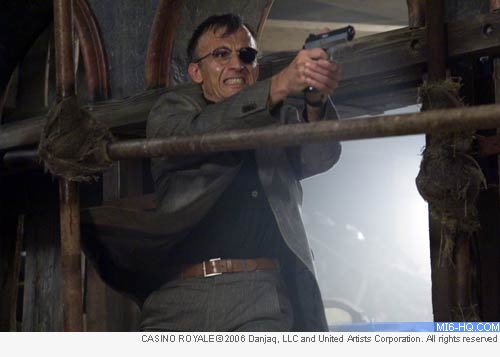 In his later years, Alan Tomkins was a fixture at many James Bond fan events organised by Bondstars at Pinewood Studios. Looking back at his career he reflected, “The half century I spent in the art department was undoubtedly among the most exciting time in the whole history of the film business. Not only was I working with some of the best designers, but the industry was evolving and developed at such pace. I suppose we were really – unknowingly – the architects of the astonishing developments that have followed since.”