On this day in 1964, Kevin McClory made his Thunderball intentions known

Variety reported on January 22nd, 1964 that Kevin McClory, hot on the heels of his settlement win against Ian Fleming at the High Court in London, was making plans to film 'Thunderball' and had started scouting for actresses in Italy. At this point, 'Dr. No' and 'From Russia With Love' had been released, and EON Productions were gearing up to shoot 'Goldfinger', so Variety's angle that McClory could make Bond's third film (not fourth) is a bit misconceived. The strapline also dubs James Bond the 'Sexy Shamus' - a moniker that, thankfully, did not stick.

Kevin McClory's the Man Behind Bond
British Court Puts Him in Saddle - No Preps No. 3 in Sexy Shamus Series (Rome, Jan 21)

Plans are moving ahead on the next James Bond filmization, "Thunderball," according to producer Kevin McClory, who expects to make third pic in sexy Shamus series starting in few months. McClory was in Rome last week to o.o. local talent for one of female leads in pic, leaving immediately afterwards for Britain.

McClory only recently won screen rights to property from Bond author Ian Fleming in a London court. Also to be selected is star, who may or may not be Sean Connery, who played Bond in first two pix.

Choice will also depend on whether or not McClory makes a deal with Salzman (sic) and Broccoli, producers of "Dr. No" and "To Russia With Love," (sic) who have Connery under exclusive contract as far as the Bond character is concerned. They are meanwhile prepping still another Bond pic, "Goldfinger," slated to roll this spring. McClory did not exclude the possibility of an arrangement with Salzman and Broccoli for "Thunderball," but admitted situation was somewhat involved. 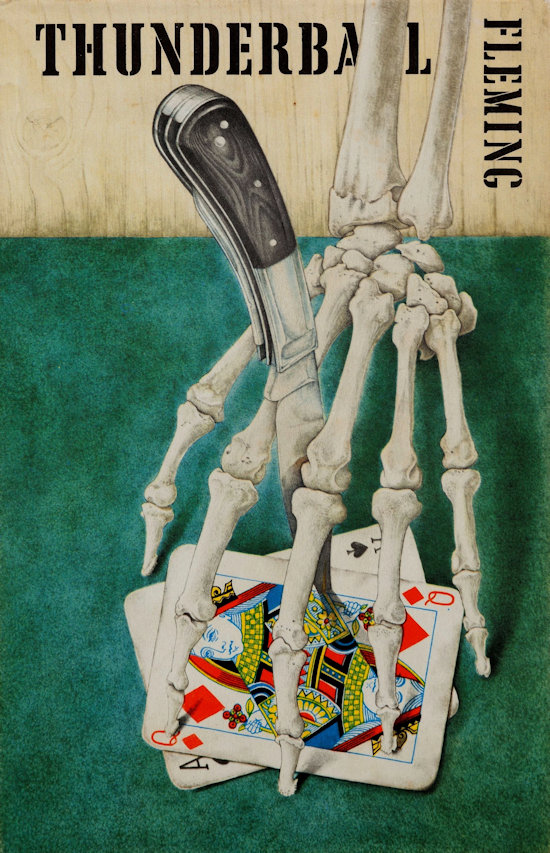 Court suit awarded McClory all screen and dramatic rights to property (which he developed some years ago, before Bond became an international screen hero). Also, all future editions of book must bear wording: "This story is based on a screen treatment by Kevin McClory, Jack Whittingham, and Ian Fleming."

McClory revealed also that he was awarded £17,500 in court expenses, plus £35,000 damages, later payable by Fleming directly. McClory's title to property stems from proven claims that he wrote and developed an original screen treatment around the Bond character with Fleming's okay, with story later incorporated into the Fleming-signed tome ostensibly without McClory's consent, thus resulting in the unusual decision against the author.

Producer says "Thunderball" will be "costliest" of Bond pix to date, with 2½ months of underwater lensing planned in the Bahamas. For this reason too, pic should "ideally" roll in May-June-July period. Story details with theft of an atom bomb and its caching in an underwater hideaway by an international gang. McClory has set up Branwell Film Productions Ltd., a Bahama Corporation,  to produce pic.