Born on 26 April 1941 in Paris, France, Claudine Auger originally spelled her surname Oger, but changed it early in her career to phonetically anglicise it. In 1958, at the age of mere 17, Auger won Miss France Monde, a secondary award bestowed upon French representatives to the Miss World competition. She went on to be the first runner up in the Miss World competition that very same year. 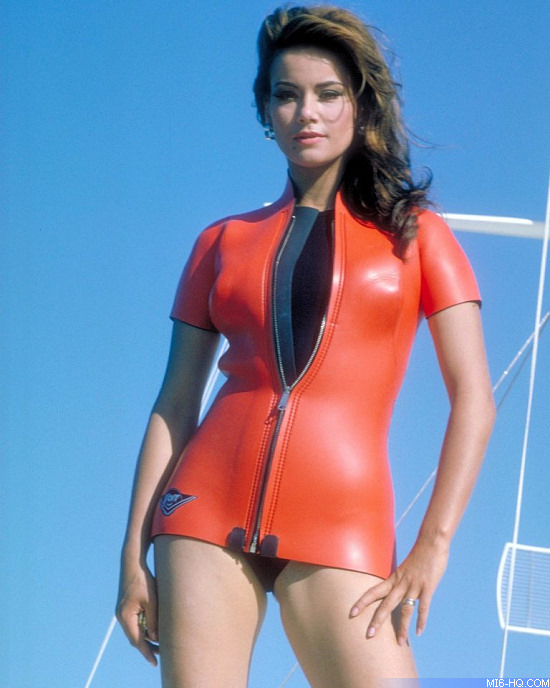 By age 20, with natural beauty and a friendly personality, she won the hearts of various movie producers. Her first film role was in 1960 and on Marcel Carné drama, 'Terrain Vague'.

From small roles in French television and cinema, Claudine was flung into big-screen stardom with James Bond's 1965 outing, 'Thunderball'- but it took several twists of fate to land the part.

Faye Dunaway was first offered the role, but she declined so that she pursue a role in 1967's 'The Happening'. Raquel Welch was then signed, but was released as a favour by producer Cubby Broccoli so she could appear in the 1966 production 'Fantastic Voyage'. 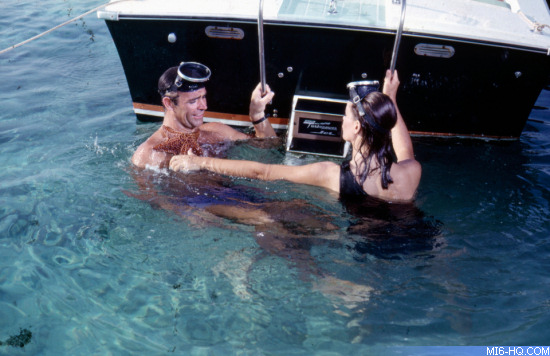 Julie Christie seemed like a perfect choice until she arrived for a meeting disheveled and uncomfortable. As the start of filming approached, director Terence Young and the producers launched a worldwide talent hunt. A French film writer suggested they test Auger. She wowed the producers with a near-perfect audition.

In the original draft, James Bond's latest leading lady called for an Italian character named Dominetta Palazzi. The role of Domino was rewritten to accommodate the young French actress. After securing the role, Auger took regular lessons with Au Pair, London in order to brush up her English. While her English skills were above expectations on set, she was ultimately dubbed as her voice was so low. She also helped design the risqué bathing suits she wears in the film. For many of the underwater scenes, Auger was doubled by Evelyn Boren, the wife of underwater cameraman Lamar Boren. 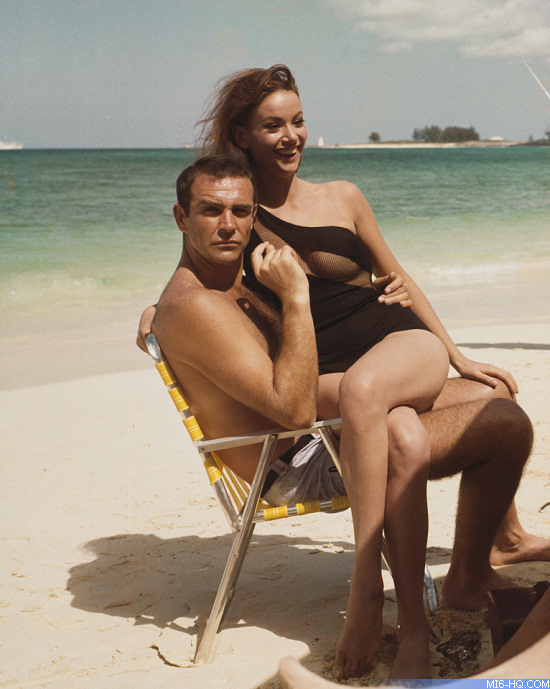 The film's trailer introduced Auger as: "Young. Beautiful. Trapped. Could be dangerous".

Domino was a hit among cinemagoers and hailed as the most well-rounded character in a Bond girl yet. After "Thunderball", Auger was in demand in Europe and the UK but failed to make an impact on Hollywood. Notable performances to her name include a role in "Triple Cross" - another Terence Young film - starring Christopher Plummer and Yul Brynner.

In 1966 Claudine was nominated for a Golden Laural award in the new faces category. She also appeared on the cover of LIFE International Magazine on May 31, 1965. 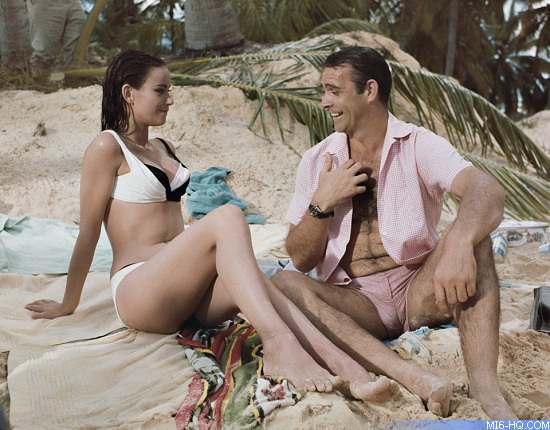 Other roles in European films followed, including 'Triple Cross' (1966) which reunited her with Thunderball director Terence Young), and The Killing Game (1967). In 1968, she co-starred with fellow Bond girl, Ursula Andress, in the Italian comedy 'Anyone Can Play'. In 1971, she starred with two future Bond girls, Barbara Bouchet and Barbara Bach, in 'Black Belly of the Tarantula'. Various roles in French films and TV shows would continue sporadically through the 1970s and 1980s. In 1994, Auger appeared in the British television series The Memoirs of Sherlock Holmes, in 'The Three Gables' as Isadora Klein, in one of the last episodes of that series starring Jeremy Brett.

Auger first married in 1959, at age 18, to writer-director Pierre Gaspard-Huit. They would later divorce. She gave birth to her first child at age 49, daughter Jessica Claudine Brent, on April 14, 1991. The father is her second husband whom she married in the 1980s, the businessman Peter Brent, who died in 2008. 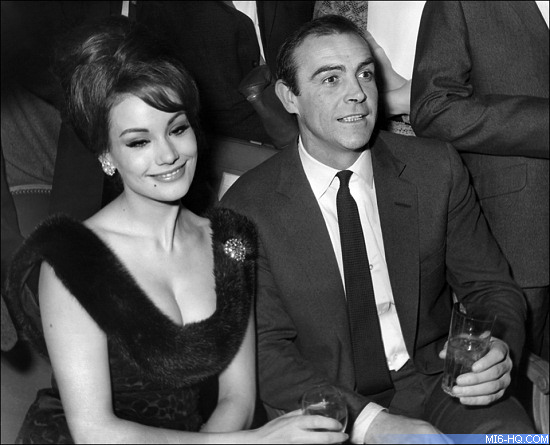 Claudine Auger died in Paris, France, on December 19th 2019 at the age of 78. She is survived by her daughter. She was the first headline Bond girl from the film series to pass away.

Thunderball - A Letter From Domino

Literary A letter to James Bond was published in 1965 for the first, and still to date only time, in a promotional tie-in novel to coincide with Thunderball in theatres