American actor David Hedison (born Albert David Hedison, Jr) was born on May 20th, 1927 in Providence, Rhode Island to Armenian parents Albert David Hedison (Heditsian), Sr. and Rose Boghosian. At the age of 14, Hedison decided he wanted to become an actor after seeing Tyrone Power in the romantic melodrama movie 'Blood and Sand' (1941). As World War II was raging at the time, Hedison enlisted in the US Navy when he was old enough in 1945, but by the time he had completed his training, the war had ended. Hedison served for 18 months and then studied at Brown University where he joined the Sock and Buskin Players.

He later moved to New York to study with various theatre groups. Work on the stage and radio outside of New York saw him travel back to Rhode Island, Virginia, North Carolina and Pittsburgh. He won a Barter Theatre Award for 'most promising young actor' in 1951. Back in New York, Theatre World declared Hedison as one of the most promising theatre personalities of the 1955-56 season for his performance in 'A Month in the Country' on Broadway.

After his Broadway role, Hedison signed a studio contract with 20th Century Fox in May 1957. His first big-screen productions included war film 'The Enemy Below' (1957) and sci-fi horror classic 'The Fly' (1958). His success took him to England in 1958 to play the lead role in 'The Son of Robin Hood.' 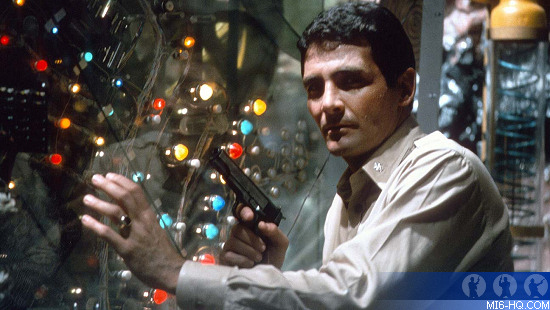 Back in America, Hedison landed the lead role of a new TV series 'Five Fingers' made by Fox for NBC in 1959. It was this production that saw him reluctantly change his screen credit to 'David Hedison', using his middle name, as NBC objected to Albert. After the show not renewed after its first season, Hedison played the lead role in Irwin Allen's adventure film 'The Lost World' in 1960. Upon completion, Allen. offered him the lead role in his next big film, 'Voyage to the Bottom of the Sea' (1961), but Hedison turned it down. When the property came around again in 1964, this time as a television series,  Hedison accepted the role and the series ran successfully until 1968 over 110 episodes.

Before taking the 'Voyage' role Hedison worked on a number of television productions in the early 1960s, including 'The Saint' where he first met Roger Moore. The two became fast friends and would work together on various productions over the years.

Hedison moved to London for a couple of years after 'Voyage' ended where he appeared in a number of British TV dramas before heading back to the US for shows such as 'The FBI' and 'Perry Mason.'

Whilst the 1970s involved numerous guest appearances on popular US TV shows, his reuniting with his friend Roger Moore would take place on the big screen. 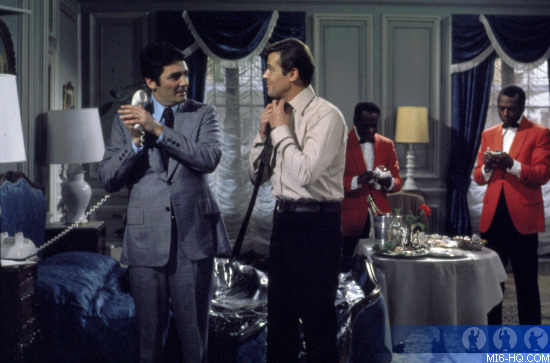 Back in 2005, Hedison explained to MI6 how he landed the role of Felix Leiter in 'Live And Let Die': "I was having dinner with the screenwriter, Tom Mankiewicz, and he asked if I'd be interested in playing Felix Leiter in Live and Let Die. I read the script and thought it would be great fun to work on a James Bond film with Sean Connery who was supposed to do it. The next thing I knew, Sean stepped out - and Roger Moore stepped in. I couldn't have been happier since Roger and I were good friends." 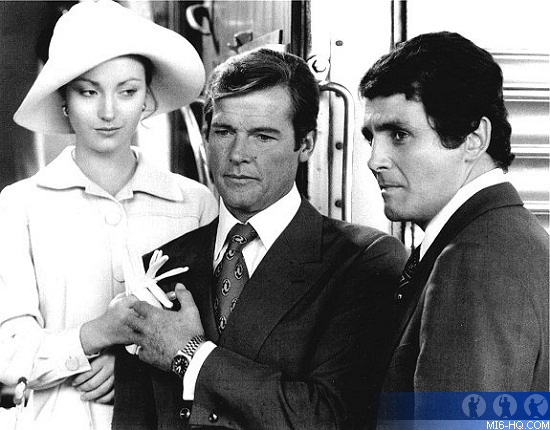 Despite the film being a global success, Hedison's appearance in Moore's debut 007 adventure did not lead to more film work, instead, he was back on the circuit of episodic television including 'Charlie's Angels,' 'The A-Team,' 'Knight Rider,' and 'Murder, She Wrote.' 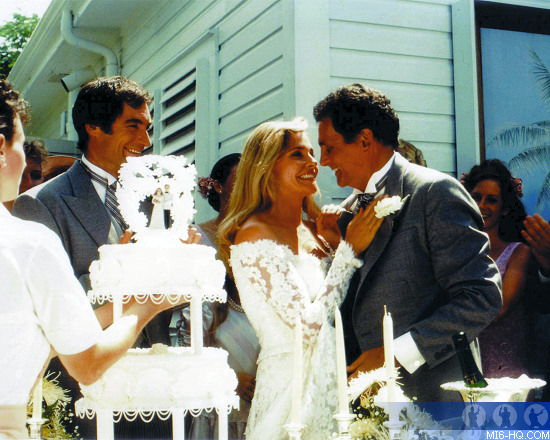 For the 1989 James Bond adventure 'Licence To Kill', Felix Leiter would have a substantial role in the film and producer Cubby Broccoli was reticent to use someone they had not worked with before. A chance meeting would bring him back into the Bond family and become the first actor to reprise the role of Bond's friend at the CIA. "Several years later I was having dinner with my wife at the Bistro Gardens in Beverly Hills," Hedison recalled to MI6 back in 2005. "Cubby Broccoli and his lovely wife, Dana, were also there and I waved hello to them. As they were leaving, they by our table to say hello. That was it. Several weeks later I was called in for a meeting with director John Glen, from which I cast in 'Licence To Kill'." 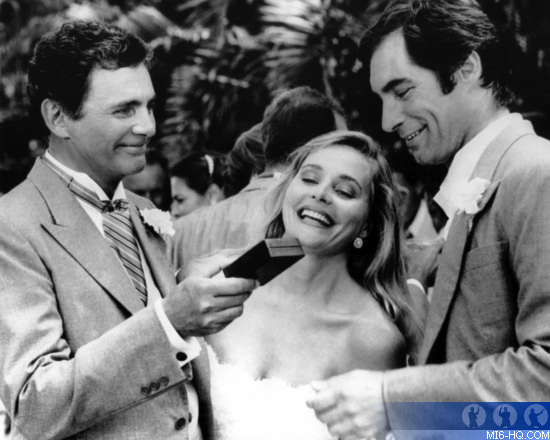 Hedison quickly built up a rapport with the latest 007 too, Timothy Dalton. Hedison suffered an injury whilst filming the pre-title sequence when he landing at the wedding. "We had already completed the shot -- but the director thought we could improve on it. Wrong! A device was set up and Timothy and I were strapped into these harnesses. Once a button was pushed we'd be literally shot to the ground. I was first. Bam!! I fell to the ground and badly hurt my knees. They stopped everything. Cut. Confusion. I hobbled around for days. Luckily, Timothy was to go second!"

"It was really gory stuff. A great deal was finally edited out. Too much I imagine for a James Bond flick." -- David Hedison on Licence To Kill's more realistic tone

Throughout the 1990s and early 2000s, Hedison continued to work with small roles on television, film, and audiobooks.

Hedison married his wife Bridget in London on June 29th, 1968. The couple had two daughters who both followed in their father's footsteps in show business, editor/producer Serena Hedison and actress/director/photographer Alexandra Hedison who is now is married to Jodie Foster. Hedison was widowed in February 2016 when Bridget lost her battle with breast cancer.

David Hedison died on July 18, 2019, in Los Angeles, California. He is survived by his daughters Alexandra and Serena. 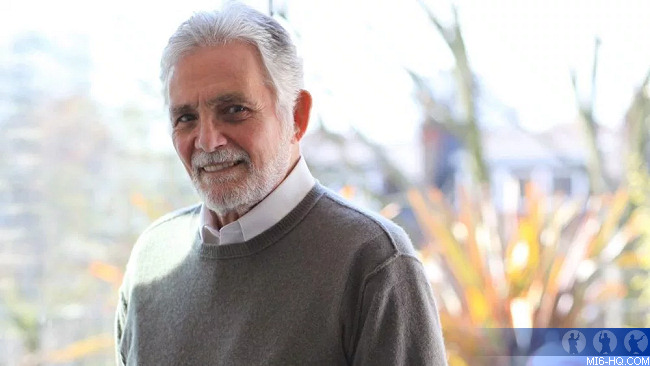 "Even in our deep sadness, we are comforted by the memory of our wonderful father," his family said in a statement. "He loved us all dearly and expressed that love every day. He was adored by so many, all of whom benefited from his warm and generous heart. Our dad brought joy and humor wherever he went and did so with great style."

Sir Roger Moore's legacy Twitter account wrote: "One of Roger’s oldest and closest friends was David Hedison, who we have learned passed away a few days ago. David phoned Roger regularly throughout his final illness in 2017 and was a great support. Our thoughts and love go out to Serena and Alexandra at this hugely sad time."

Hedison's co-stars in [[ltk] also paid tribute via Twitter. Robert Davi (Franz Sanchez) wrote: "My sympathy to The Hedison family - David was a gentle soul with a terrific sense of humor - may you RIP dear friend - eventually the shark gets us all! I still remember your laughter on the set of LTK." Grand L. Bush (DEA Agent Hawkins) added, "It was, indeed, a pleasure knowing you and working with you on Licence To Kill. May you rest in eternal peace, knowing your existence held great meaning. You lived a glorious life, my brother!"

Interviews MI6 caught up with David Hedison, the only actor to appear twice as 007's CIA ally Felix Leiter in "Live And Let Die" and "Licence To Kill"