The man who greenlit Bond has died aged 87

The Man Who Greenlit Bond

“Much has been written about Bond,” says David Picker in his memoir Musts, Maybes and Nevers – a fascinating account of his sixty year career in the screen trade. “Until now, no one has written in detail exactly what happened, how it happened, and why it happened for one simple reason: they weren’t there.”

Picker, a third generation movie executive, was just 31 when he was appointed head of production and marketing at United Artists in 1961. During his first year in the role, he green lit the James Bond franchise, committing $1.1 million to Albert R. Broccoli and Harry Saltzman to make Dr. No. The producing duo had been turned away by Broccoli’s long time distributing partner Columbia and as time ticked on their option, they were desperate to secure finance. “It still astonishes me today that Columbia didn’t see the potential in the material...for whatever reason they didn’t…and we were able to make the deal,” says Picker on the telephone from his office in New York. 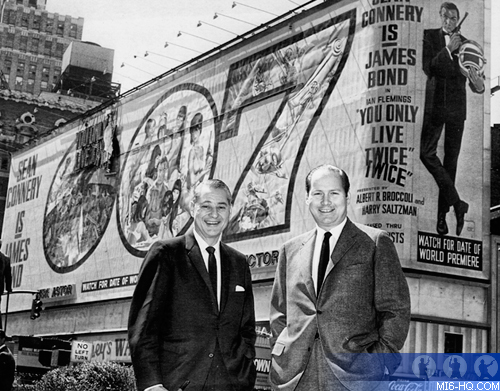 Picker was familiar with Bond long before meeting Broccoli and Saltzman. He first attempted to secure the rights for himself in 1960. A Wall Street banker named Semon Wolf, who was also married to David’s cousin, had recommended the novels to him. "I read a couple and had our office make an offer but Fleming was just not prepared to sell the rights.” Picker made a second approach in early 1961 while having lunch with Fleming’s agent Lew Wasserman of MCA. “I couldn’t hold back so I went straight to the point. ‘Lew, we should do a film with Mr. Hitchcock and I know just the project. One of the Ian Fleming books.’ Lew laughed. ‘Hitch thought of it already, and it can’t be done. Fleming wont sell the rights.’”

Then Picker received a strange request from Bud Ornstein head of UA’s London office. Two producers Albert R. Broccoli and Harry Saltzman wanted to meet with United Artists immediately. “They came to New York, came in and met with Arthur Krim and Bob Benjamin and myself and it was at that moment, in that meeting, that they said ‘We have the rights to James Bond.’ And needless to say they got my attention right away. Obviously, it was a dramatic moment - so we proceeded to make the deal on the spot.”

A simple handshake and the deal was done. Picker recalls papers between the studio and the producers probably weren’t even signed for a year or more. “Cubby was very comfortable in the business, had been in the business for years, had made films for Columbia. There was an element of trust already established. When they walked out the office it was hard for Harry to understand that we had in fact made a deal with him, even though there was not a piece of paper yet. In those days that’s the way business was done…if your word was no good you were in a lot of trouble. Cubby knew we had a deal. Harry was less certain because dealing on that level was new to him. He was a partner in Woodfall, they’d made a few small movies, but he’d never dealt with the American majors before. It was all new to him.”

It was mutually agreed that Dr. No was the most appropriate novel to adapt first. “They talked about Goldfinger or Thunderball – but for the first movie you had to have a limit on what you could spend and those were more expensive movies to make.” Casting the right actor to play Bond was also vital. Picker recalls names such as Patrick McGoohan and Robert Shaw mentioned. Finally, after many names were thrown in the hat, Saltzman visited David in New York with footage and stills of the relatively unknown Sean Connery. “I asked Harry if he was the best he could find, and his answer was, ‘He’s the richest man in the poor house.’”

“It was clearly going to a British director not an American,” Picker reflects. He points out that the only serious contenders to helm the picture were Guy Hamilton and Terence Young. “Terence was the living embodiment of James Bond – his style of dress, his style of life – he could have played James Bond himself.” 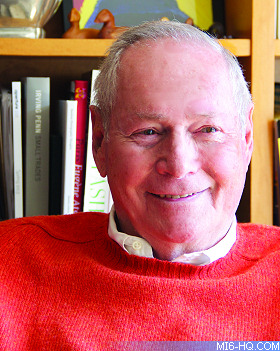 When production commenced in Jamaica on 16th January 1962, Picker took a back seat and waited for Broccoli and Saltzman to deliver the picture. “United Artist’s philosophy was very simple: we were never involved in the production. They had no obligation to report to us in any way, shape, matter or form. They were free to do their movie as long as the script we approved, the cast we approved and the budget we approved.”

Dr. No opened in London in October 1962 and in the United States in May 1963. “The only thing that was essential was that its box office justify another film…and of course it did.” From Russia With Love, Goldfinger and Thunderball followed, breaking box office records around the world.

During the making of You Only Live Twice the first rumblings of trouble began to filter back to UA. “There was little, if any, awareness that there was trouble brewing between Sean and the producers.” Connery’s deal was with Broccoli and Saltzman and not with UA. Picker accepted Connery would not be returning and every avenue to persuade him to do a sixth had been explored. UA supported the producers in finding a replacement and George Lazenby was swiftly announced as the second OO7. “Nobody was thrilled but they said this was the best they could do so we approved it. The concern was using a different James Bond – and obviously it turned out, as we felt – not a great idea.” On Her Majesty’s Secret Service has since of course become a classic amongst Bond purists. “I don’t even remember the film,” admits Picker. “I’m 83 years old, I’ve seen a lot of movies and I haven’t seen that one in 30 years. Look – James Bond was clearly a major potential series of films and from my point of view I had one concern and that was continuing to maximise the series potential.”

Picker points out that business was considerably less than You Only Live Twice “…and it was clear the series was in trouble.” David claims he took it upon himself to personally to lure Connery back to the fold. “It was obvious that the series was going to be over unless we could get Sean back…we weren’t aware of the problems between Sean and the producers, so I got into it myself and was able to get Sean to give us one more film. The series might of died then and there. When I saw Sean he revealed to me his unhappiness and the only way I could get him back, was to make a series of conditions that would enable him to do the film. Harry and Cubby really were smart enough to realise that the only way to save the series was to have Sean and so they agreed to what Sean had asked for and we were able to get one more film from him, which saved the series.” 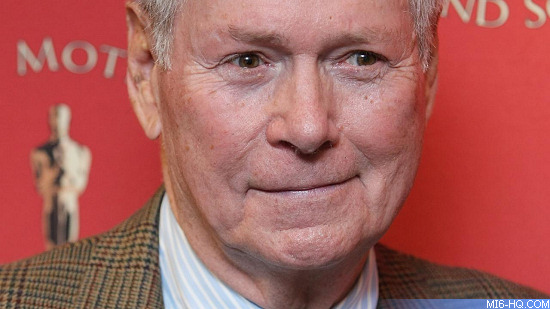 David Picker left United Artists shortly after Diamonds Are Forever was released, taking up an executive role at Paramount, thus ending his association with OO7. He admits that having been so instrumental in launching the series, he has continued to enjoy watching the evolution of the franchise. “I thought Skyfall was sensational. I get enormous pleasure from something that I was instrumental in and seeing its continuing success. When I saw Skyfall and I saw Barbara and Michael, I was just thrilled for them because they did a terrific job.”

David V Picker was born in New York on May 14th, 1931. He served as President and Chief Executive Officer for United Artists, Paramount, Lorimar, and Columbia Pictures. He was also an independent producer. He died Saturday 20th April, 2019, in New York. He was 87 and had been suffering from colon cancer. He is survived by his wife, the photographer Sandra Lyn Jetton Picker, and his sister, Jean Picker Firstenberg, the former president and CEO of the American Film Institute. He was previously married to — and divorced from — Caryl Schlossman, with whom he had two children, Caryn Picker, and Pamela Lee Picker.