Lewis Gilbert, the director behind You Only Live Twice (1967), The Spy Who Loved Me (1977) and Moonraker (1979) has died at his home in Monaco at the age of 97. For a filmmaker who favoured smaller, character-driven pictures, his 007 films were surprisingly gargantuan in scale.

Gilbert was born on 6th March 1920 into a showbiz family. “My parents were in vaudeville. My Grandmother had ten children and every one of them was on the stage – she turned them all into vaudeville acts - and my father was one of them.” Following his father’s death, Gilbert became the family breadwinner as a child actor. “If they wanted a boy to say three or four lines they knew they could call on me.” The work became regular and his parts grew in size. “I remember telling the boy who sat next to me in class when a film I was in was playing at a local cinema and we’d both bunk off from school and go and see the film.” As a teenager, he appeared opposite Laurence Olivier in The Divorce Of Lady X (1938). 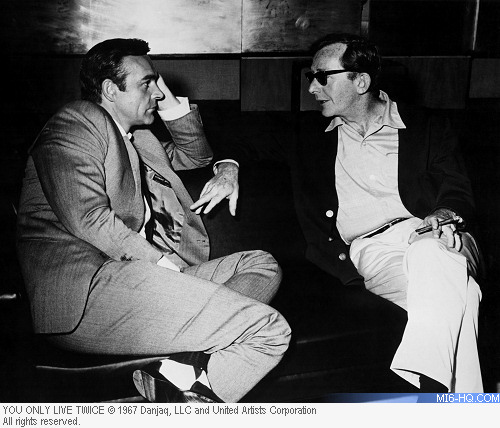 The powerful producer/director Alexander Korda, a leading figure in 30s, 40s and 50s British cinema, offered to send Gilbert to drama school. “I was always fascinated by the making of films. And I said ‘I’d really like to be a director’ which is a bit cheeky when you’re only 17. And he said ‘Report to my studio manager on Monday.’ One of Gilbert’s earliest productions as an assistant director was on Alfred Hitchcock’s Jamaica Inn in 1939. When asked who made the single greatest impression on him, Gilbert cited Hitchcock; “I remember asking him ‘How do you decide what lens to use for a particular shot. He answered ‘You shouldn’t worry about things like that. That’s not important. What’s important is the script. If that is right, it doesn’t matter what lens you use. You simply have to be clear in your mind what you want to see on the screen at any point in the film.’”

He spent World War Two directing documentaries on attachment to the US Air Corps Film Unit. After the war, he continued to write and direct documentary shorts for Gaumont-British, before entering low budget feature film production. His 1952 film Cosh Boy received Britain’s first X certificate, with its frank depiction of unmarried teenage sex, pregnancy, and abortion: all deeply shocking in the repressive early 1950s. “Cosh Boy was way ahead of its time. Films were very mild in those days - it was a big thing to see a gang of boys banging old ladies over the head and stealing their handbags. I’ve always taken things to the limit really. You had to really do things to get an X.” 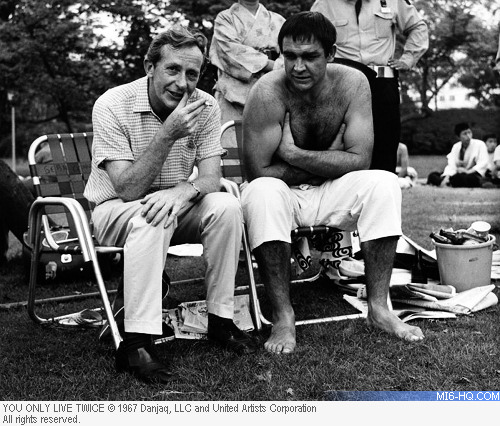 Gilbert considered A Cry From The Streets (1958) his most autobiographical work. It starred singer Max Bygraves as a social worker assigned to one of the most deprived areas of London to assist a group of orphaned children. “When my father died we went from being reasonably well off to having nothing. In order for my mother to get over it I was sent to a home. On one occasion she wrote to me and said she would come down and see me on Sunday. So I waited at the gate and she never turned up. I was shattered. A couple of days later she wrote to me to tell me she couldn’t come because she didn’t have the fare.” This scene was written almost verbatim into the screenplay.

He gained a reputation for helming war pictures on every scale, from character-driven dramas to action adventures. His breakthrough film was Reach For The Sky (1956), based on the true story of Douglas Bader, a Royal Air Force fighter ace who, during the Second World War, was credited with shooting down 22 German aircraft despite being a double amputee. The combination of spectacular aerobatics and an inspiring story of courage meant the picture became the biggest British box office draw of 1956. 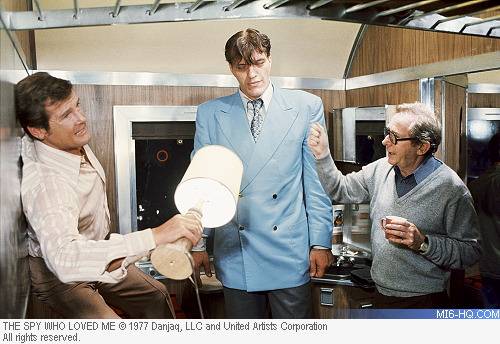 Gilbert’s next film was Carve Her With Name With Pride (1958), the true story of Violette Szabo; a young woman who joined Britain's Special Operations Executive after her French husband was killed at El Alamein. It was groundbreaking in that it was the first picture to celebrate female war heroes.

Gilbert earned a reputation as a reliable director, turning in a string of solid pictures: The Admirable Crichton (1957), Sink The Bismarck! (1960) and H.M.S Defiant (1962).

He regarded Alfie (1966) based on the stage play by Bill Naughton his favourite. It was the film that also rocketed Michael Caine to stardom cementing his image as a cockney lothario and an international movie star. Gilbert broke new ground interspersing his anti-hero's sexual conquests with frank and witty confessionals delivered straight to camera. “It also possessed what I always look for in a film, in that it was funny but had a touch of sadness, too. Alfie was a charming rogue - he was good-looking and he knew how to pull the birds. He was immoral, but the damage he inflicted was on himself. That comes out at the end of the film, although by then he isn't able to change and will probably end up a 60-year-old man still trying to do what he's been doing all along, but failing.”

Alfie had a huge effect on Gilbert’s career and earned him an Oscar nomination. “I was offered everything; I was flavour of the month.” Gilbert accepted the fifth James Bond film; You Only Live Twice. He had initially declined the challenge “It would be like being Elizabeth Taylor’s fifth husband. I’d know what do but I wouldn’t know how to make it any different.” Cubby Broccoli’s response made him think again, ‘“You’re making a mistake. You have the world’s biggest audience and it’s waiting to see what kind of hash you make of it.’” 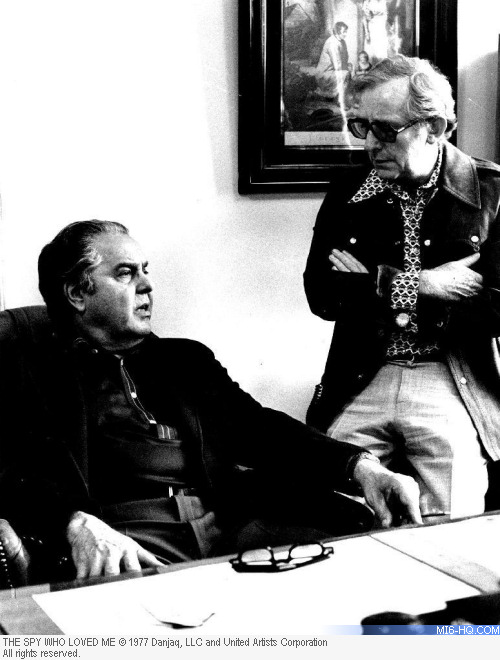 Gilbert worked with a new creative team, chiefly the screenwriter Roald Dahl whom Gilbert described as ‘a bit quirky. He did have a reputation for not being easy to get on with but I got on very well with him.” You Only Live Twice came with challenges. Sean Connery’s relationship with the producers was suffering – with Harry Saltzman in particular. “Sean wouldn’t work in anyway if Harry came on the set.” Location work in Japan was difficult. Connery was now the most recognizable star on the planet, which made shooting on the streets of Tokyo a nightmare for Gilbert. Eventually, a team of twelve bodyguards was employed to guard Connery and escort him everywhere he went. Gilbert recalled; “So the first morning we lined up these security men as Sean’s car arrived, six on each side. Sean got out of the car and suddenly twelve guards whipped out twelve cameras and all started shooting him. Well, that was the end of the security guards.”

He narrowly missed out on the Lionel Bart roadshow musical Oliver! an opportunity he bitterly regretted. Following a number of misfires including the big-budget epic The Adenturers (1970) Gilbert returned to the Bond fold with The Spy Who Loved Me. “I’ve always been very phlegmatic about directing films and I thought it might be fun to do another Bond and I had gone further in my own career and thought I could make a different kind of Bond. I inherited Roger and I said to Cubby he will only score on his humour. I saw the first two and said ‘I’m sure I can do better than that.’ I loved Roger. He was the sweetest guy and lovely to work with.” 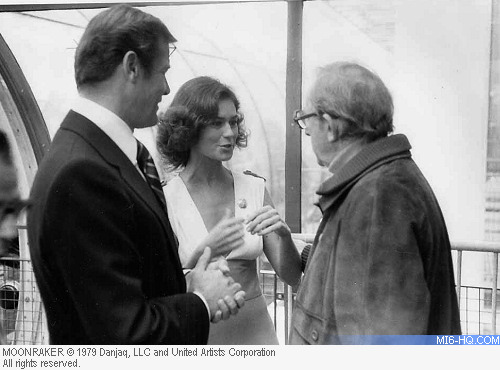 Gilbert made Moonraker on a budget of over $30 million. “I used to make entire feature films for less than the Moonraker telephone bill,” he joked. “Directing Bond was like a bloody holiday but after Moonraker it was time for a change. I don’t think I could have gone on and done another one. They were never my films. I made many films where I was the producer. On Bond, I could never claim it was my film. There were lots of contributors. I enjoyed making them because you had unlimited money and you got what you wanted. And you never had to worry if they were going to become a failure.” Gilbert adored Cubby Broccoli and recognised his producing qualities; “Cubby protected you. I could always go to Cubby with a problem and he would sit down with me and we would work it out together. Barbara has inherited this way of working.”

Gilbert’s passion lay with smaller dramas on which he had a handcrafting the story, overseeing production duties as well as directing. Shortly after returning from the global publicity tour for Moonraker, he saw a play in Covent Garden, Educating Rita, by the Liverpool based playwright Willy Russell and starring an unknown Julie Walters. “I went backstage to tell Julie Walters that if ever I was able to make a film of Educating Rita I would do my damn hardest to see that she played the part.” He made the film with Walters and Michael Caine – both were nominated for Academy Awards. 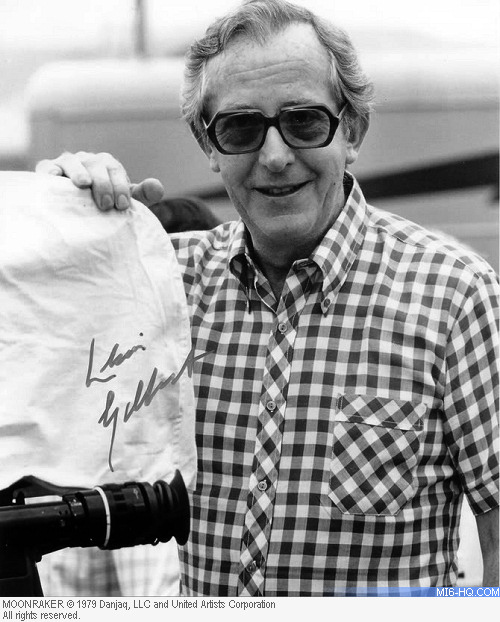 He rounded off his career with the equally popular Shirley Valentine (1989) and Stepping Out (1991) starring Liza Minnelli. Gilbert made his final picture in 2002. Before You Go fulfilled a childhood ambition; “While acting in the film Dick Turpin in 1932, I was interviewed by Roy Nash of The Evening Star. ‘Do you want to be an actor when you grow up? He asked. The reply I gave was, “I want to be working in films when I’m 80.” Admittedly I didn’t imagine that it would be as a director, but when I finished Before You Go I was 82.”

With 39 feature film credit to his name he observed;‘If you look at my body of work it’s all different. If I’ve done anything it’s I’ve I tried to be different.”