Anglo-French actor, Michael Lonsdale, who played sinister megalomaniac, Hugo Drax in 'Moonraker' died at his home in Paris on 21st September 2020. He was 89.

Born in 1931 to a British father and a French-Irish mother, Lonsdale’s career spanned more than 60 years. Born on 24th May 1931 in Paris, Lonsdale always felt he had a ‘duality.’ Initially raised on the British island of Guernsey, off the coast of Normandy, he spent World War Two living in French-controlled Morocco where he made appearances on children’s radio. From an early age Lonsdale was consumed by art and at first, had aspirations to become a painter. In 1947 he turning his attention to acting and studied the craft in Paris making his stage debut at the age of 24. 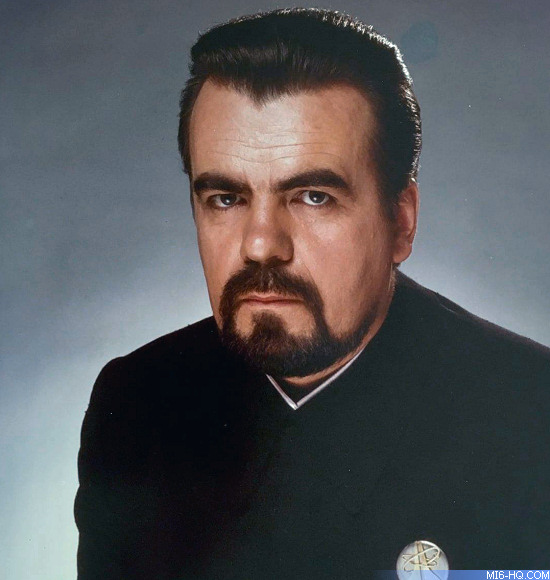 In the early 1960s Lonsdale began to find success on the big screen in supporting roles. He caught the eye of Orson Wells who cast him ‘The Trial’ (1962) and the critically acclaimed French director, René Clément, selected him for his anti war film, ‘Is Paris Burning?’ (1966). However, his breakthrough came via two François Truffaut pictures, ‘The Bride Wore Black’ and ‘Stolen Kisses’ both released in 1968.

By the early 1970s Lonsdale’s bilingual skills allowed him to take parts in both French and English speaking pictures. When interviewed for Some Kind of Hero: The Remarkable Story of the James Bond Films he admitted, “When I act in English it comes from inside me, very deeply.” Lonsdale came to prominence in Anglo-American cinema via his portrayal of Claude Lebel, the investigator on the trail of Edward Fox’s hitman in Fred Zinnerman’s ‘The Day of the Jackal’ (1973). It was his appearance in this political blockbuster, that Lonsdale felt, put him on Albert R. Broccoli’s radar. 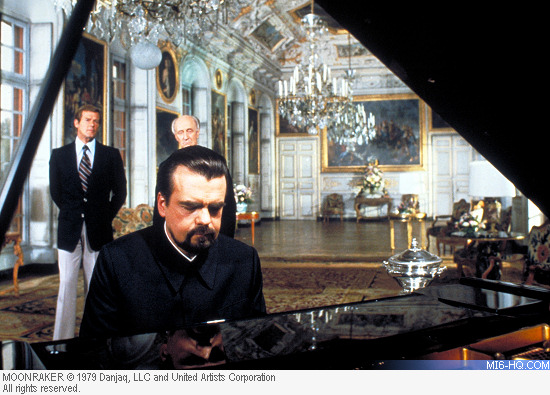 'Moonraker' was an Anglo-French co-production and to qualify for the relevant tax breaks certain key on-screen talent had to be French. Director Lewis Gilbert remembered, “I’d made about three pictures in France before [Moonraker] and I knew a lot of the actors. And I knew that Lonsdale spoke very good English.” Lonsdale told Bond historian, John Cork, “Some people, said ‘How could you do a James Bond?’ you know, some intellectuals. But I said, ‘Because an actor must be able to do many different things.’ And it was great fun, I enjoyed doing it very much.” Years later, future Bond villain Mathieu Almaric, worried about the impact a Bond film would have on his art house career, confided in Lonsdale. He cryptically advised Almaric, “The pleasure is to be where you’re not supposed to be.”

Lonsdale’s sinister stillness and sneering line delivery created an inimitable Bond villain. With a dark goatee beard (disliked by the actor) and piercing green eyes, Lonsdale’s distinctive accent acidly bites into some of the best lines of Bond villainy: “Look after Mr Bond, see that some harm comes to him,” and “You appear with tedious inevitability of an unloved season.”

In 2012 Lonsdale told Mi6, “My teacher, when I was at school for the theatre, told me that one day you will have to play someone very nasty.” He felt his Bond villain was “such a terrible character, a sort of Nazi. I mean, Drax is like Hitler. He wanted to destroy everybody and rain down a new order of very athletic, young people... he was mad completely.” 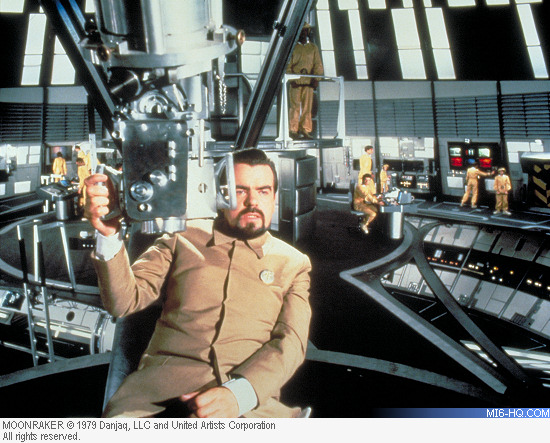 At the 1979 premiere of ‘Moonraker’, Lonsdale gave some insight, “Playing the part of Drax was a big responsibility because there had been so many nice actors who had done that before so I had to try and be as good as them. Playing the part of the villain is something very amusing for me because I’m not at all nasty.” He would later voice Drax again for the ‘007 Legends’ video game which was released in 2012.

Post Bond Lonsdale had a revered career, winning the French Oscar, the César, in 2011 for Best Supporting Actor for Xavier Beauvois’ ‘Des Hommes et Des Dieux’ (‘Of Gods And Men’, 2010). In the film he played a man of faith, true to his character, a devout Catholic. Earlier he had played a monk opposite Sean Connery in Jean Jacques-Anand’s adaptation of Umberto Eco’s medieval whodunnit, ‘The Name Of The Rose’ (1986). Lonsdale went on to star opposite Anthony Hopkins, Emma Thompson and Christopher Reeve in Merchant-Ivory’s Oscar-winning adaptation of Kazuo Ishiguru’s Booker-prize winning book, The Remains Of The Day (1993). John Frankenheimer cast him twice, first in ‘The Holcroft Covenant’ (1985) and then in the action thriller ‘Ronin’ (1998) which also starred fellow Bond baddies, Sean Bean and Jonathan Pryce. Later he appeared opposite Daniel Craig in Steven Spielberg’s Munich (2005). Lonsdale was also a writer having penned screenplays, books and poetry.

He never married and had no children. Lonsdale’s agent, Olivier Loiseau, told The Associated Press that the actor had died peacefully of old age, “It was kind of expected. His spirit was alive but his body was tired.” In a 2016 interview with the French daily, Le Parisien, Lonsdale said he had no anxiety about dying, “I give myself a reason. It’s life.” 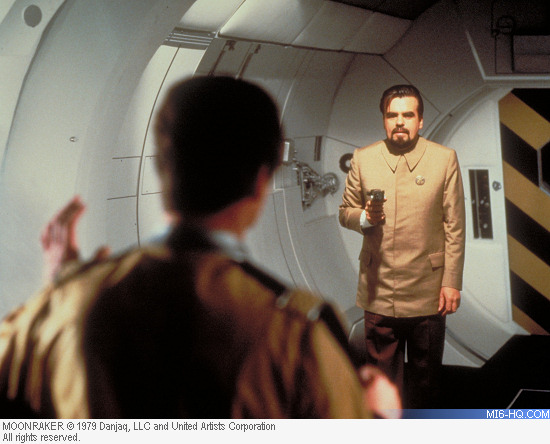 Bond producers Barbara Broccoli and Michael G Wilson said in a statement: “He was an extraordinarily talented actor and a very dear friend. Our thoughts are with his family and friends at this sad time.”

Lonsdale rarely spoke about making ‘Moonraker’. However, he admitted to us in 2015, “Each time I see the film my heart beats.” He felt, “Bond is an iconic hero. Films are like dreams. Reality isn’t as fascinating.”