The celebrated cinematographer who lensed O.H.M.S.S. has died aged 93

Cinematographer, Michael Reed, whose photography made 'On Her Majesty's Secret Service' one of the most beautifully stunning James Bond films has died at the age of 93. 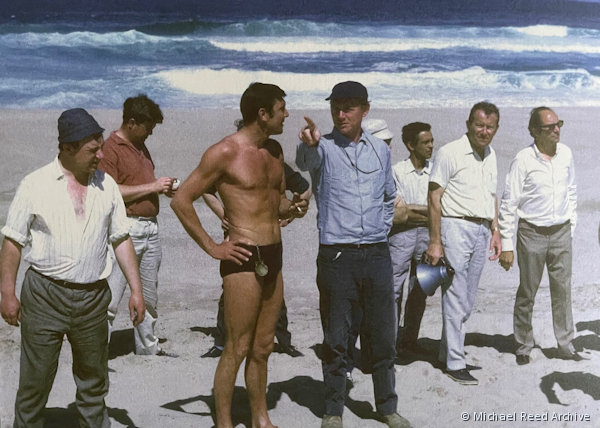 Born in Wandsworth, London on 7 July 1929, Reed was lured into showbusiness by his older brother, Maxwell Reed, an actor under contract to the Rank Organisation. Michael and his mother visited the set of ‘Daybreak’ (1948) where he witnessed his sibling in action being dragged from a cell by two prison guards, “The whole atmosphere was so exciting. From that moment on, I knew what I wanted more than anything else. I wanted to be a camera technician and work on films.” Incidentally, Maxwell briefly married British starlet, Joan Collins.

Reed secured a job in a film processing lab in Soho before moving into production as a clapper loader. He worked his way through the camera department becoming a Director of Photography in television. Reed worked with Roger Moore on the TV show ‘The Saint’ shooting episodes directed by the future 007 star. In his 2017 memoir, ‘Shooting Stars’ Reed revealed he witnessed a different side to Moore, “When he was directing, he would be much more professional. There were no more practical jokes. He was fully prepared when he arrived in the mornings having done his homework. This was serious business and he loved the challenge.” 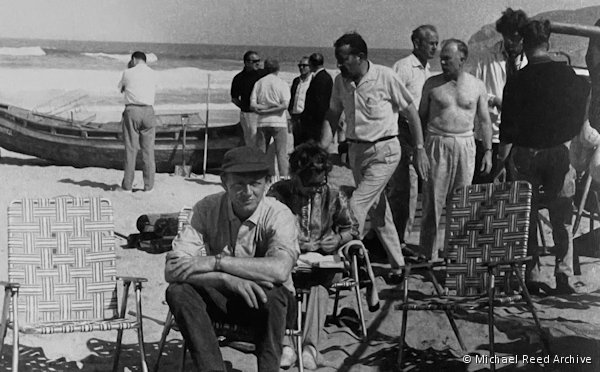 Reed’s early film credits include Hammer pictures such as ‘The Ugly Duckling’ (1959) ‘The Devil Ship Pirates’ and ‘The Gorgon’ both 1964 and ‘Dracula: Prince of Darkness’ (1966) all starring Christopher Lee.

Reed’s first brush with Bond came with 'Goldfinger' (1964) when he was asked to cover 2nd unit work towards the end of production when cinematographer Ted Moore had to leave for America to set up the film’s finale filmed over Fort Knox in Kentucky. “I arrived at Pinewood Studios just as it was getting dark. I spoke to Ted, who quickly explained to me the first lighting set up. He gave me the exposure he was using for the night work and then left to catch the night flight. There were quite a lot of set ups to get through that night as Guy Hamilton, the director, was due to catch the early flight to America the following day. So, the speed I had to work was more like working on a TV series again!” 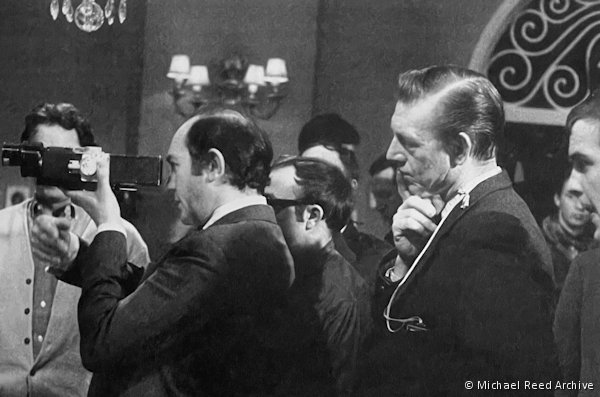 He worked with future Bond director, Peter Hunt, on the title sequence of Albert R. Broccoli’s ‘Chitty Chitty Bang Bang’ (1968). Serving as 2nd unit director, Hunt was tasked with giving the scene a period feel. Beginning at the 1907 British Grand Prix Reed recalled, “We ran the camera at sixteen frames per second giving the impression of a silent movie…that it had been filmed by a newsreel cameraman.” While shooting ‘Chitty’ Hunt learnt he would be helming the sixth James Bond film 'On Her Majesty's Secret Service' and in due course, Reed was offered the chance to shoot it.

When interviewed by Charles Helfenstein for his 2009 book on the making of ‘OHMSS’, Reed said, “When Peter first discussed with me the style of photography he wanted for the film he said ‘On Her Majesty’s Secret Service’ has got to be a different film. This was to be a love story and not an action film. All the montage sequences of Bond falling in love with the girl were shot in a different style of photography and composition.”

Filming in Switzerland was complex, especially atop Schilthorn where the building consisted of 360 panoramic glass. The location was challenging to light with every lamp reflecting in the huge windows; “Fortunately for me, Peter Hunt was a very patient man, he could see the difficulties I was having but never once tried to hurry me. The other problem I had was with the light outside changing all the time, [it] meant that we had to take off or put back on the windows the required neutral density filters to balance between the interior and the exterior. After the first week we were well behind schedule.”

Reed heard Harry Saltzman was threatening to fire him blaming the DP for the picture slipping behind. Hunt stood by his man. “Later Cubby Broccoli arrived on set. He told me, I was not to take any notice of any rumours that I might have heard, ‘The trouble with my partner is, he doesn’t understand the technical side of making films.’” Later Broccoli described Reed’s work as “cinematography that made the heart leap.” 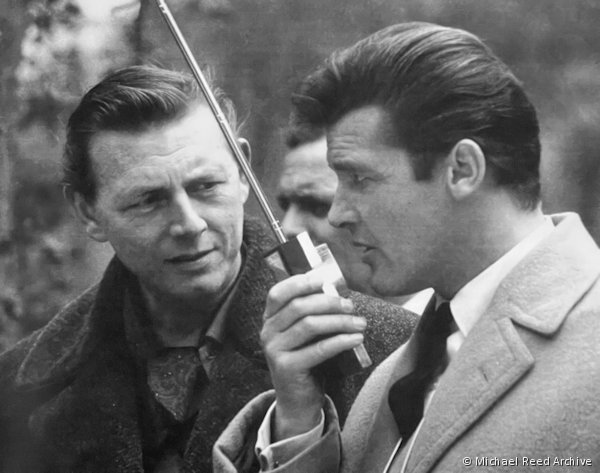 One of Reed’s proudest moments in the film is when Bond stares out of M’s office contemplating the previous avalanche sequence and the capture of Tracy. Hunt had told Reed he wanted to get inside Bond’s mind, “I suggested to him that we used a front projection screen by the side of the camera and projected the shot of Tracy, who is presumed dead, being dragged out of the snow by Blofeld’s men. This scene projected on the white screen would be reflected in the glass window of M’s office. The following day we saw the rushes...I was not quite sure whether my idea had worked. But Peter was pleased with the result.”

Reed’s successful collaboration with Peter Hunt led them to work together again on the Roger Moore adventure ‘Shout At The Devil’ (1976) and ‘Wild Geese II’ (1985). British film industry veteran and former BAFTA head, Sir Sydney Samuelson, suggested Reed’s most elegant and atmospheric work can be seen in the period, romantic drama ‘The Hireling’ (1973) starring Sarah Miles and Robert Shaw from a script by Wolf Mankowitz. In 1974 Reed took over photography duties from Larry Pizer on the ill-fated Peter Sellers vehicle ‘Ghost In The Noonday Sun’. 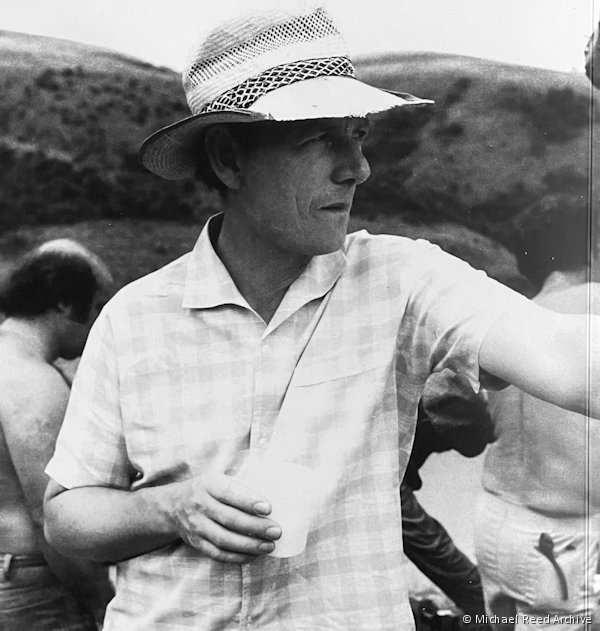 In the 1980s Reed returned to television before retiring at the age of 60. His final work however was most interesting. He was asked to re-configure the lighting in the House of Commons ready for the BBC’s debut broadcast of Parliament. Reed wrote, “I watched the first televised programme. Mrs Thatcher was the star of the proceedings. Her performance at the despatch box was quite majestic.”

Michael Reed’s contribution to ‘On Her Majesty’s Secret Service’ was without doubt his most prolific work. He described the film as “the happiest and most challenging film of my career.” The celebrated filmmaker, Christopher Nolan has often cited his love for the movie and praised Reed’s work in particular. Looking back on his career Reed once said, “I left school at fourteen with no qualifications and ended my career as the Lighting consultant to the House of Commons. Not bad for a kid from Clapham Junction.” 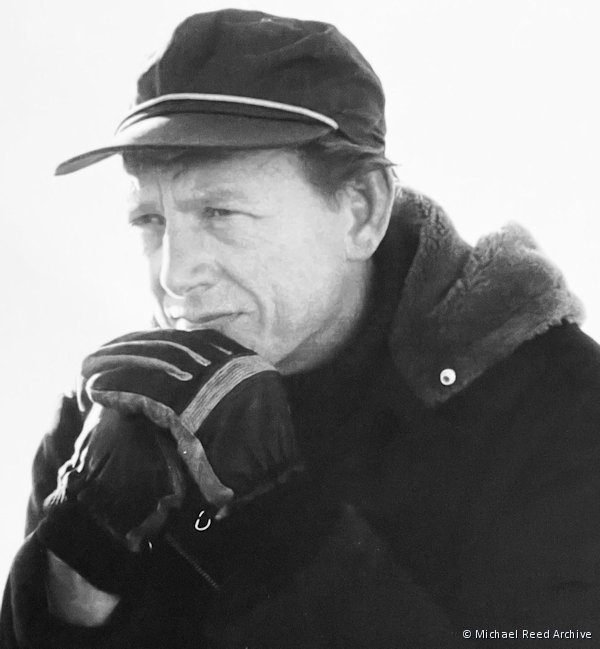 Reed passed away on 15 December 2022 following a long illness.