Neil Connery, the younger brother of Sean Connery, has died at the age of 82 after a long illness.

He was born in Edinburgh on December 16th, 1938, brought up in the same Edinburgh tenement as his brother Thomas, eight years his senior. They were like ‘two peas in a pod.’ Neil followed in his maternal grandfather’s footsteps and became a skilled plasterer, as well as a spell in the army where he developed a keen interest in photography. 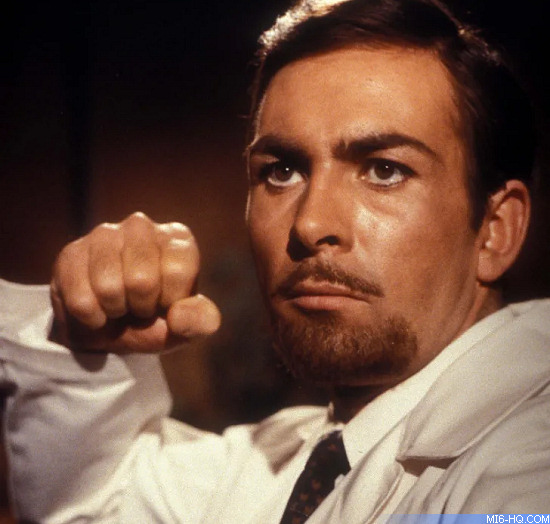 In 1959 he married Eleanor Campbell whom he had met at the Fountainbridge Palais. They had two daughters, Martine and Leone. Eleanor and the two children make a fleeting appearance in Operation Kid Brother, the 1968 Italian-produced 007 parody, for which he will be remembered by James Bond fans.

The temporary career change from plasterer to leading man came about by a fortunate stroke of serendipity. Neil had been interviewed by Jack de Manio for BBC Radio Scotland about plasterers’ tools that had been stolen. However, the interview was also broadcast nationwide. ‘It was Terence Young, I think, who heard this down in London and realized Sean’s brother spoke exactly like him,’ recalled Neil in 2008. Word reached Italian film producer Dario Sabatello who sensed an opportunity. 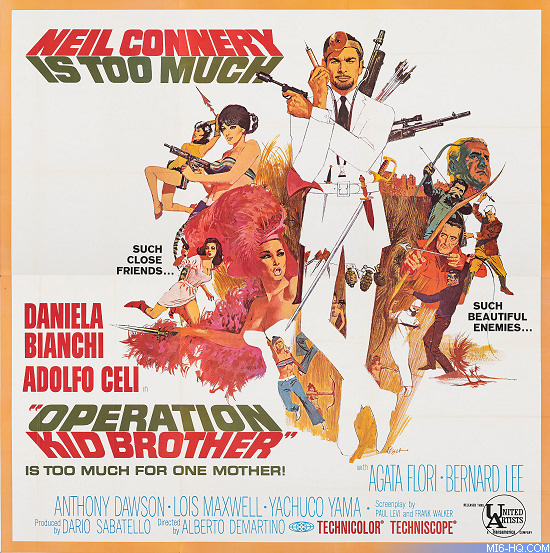 Sabatello arranged to meet Neil in an Edinburgh hotel. Enthused by his good looks and Scottish accent, they agreed terms to have Neil star in a spy movie of his own, playing a plastic surgeon who happens to be the kid brother of a British secret agent. Before long, Neil was off to Cinecitta Studios in Rome for screen tests and costume fittings. Alberto De Martino was hired to direct. His previous film had starred Daniela Bianchi, Anthony Dawson, and Adolfo Celi. All three returned for this production. Bianchi had been Sean Connery’s leading lady in 'From Russia With Love'. Dawson had appeared as Professor Dent in 'Dr. No' and played the physical appearance of Blofeld in 'From Russia With Love' and 'Thunderball'. He was cast as the head of THANATOS while Celi, his Thunderball ‘Number Two’, played a similar role in Operation Kid Brother (called OK Connery in Italy). Bernard Lee and Lois Maxwell were cast in similar roles to that of their Bond series counterparts. ‘I liked working with Lois; the same with Bernard. I enjoyed working with everyone,’ said Neil.

After principal photography was completed, he returned to Edinburgh knowing that he still had the dialogue to re-dub. However, during a trip to the shops with his wife, he became unwell. ‘The doctor came and took me to the infirmary where the appendix burst.’ The producer felt that due to the appendectomy Neil would be too weak to return to Rome. His part was redubbed by an unknown American actor. Neil explained why the dialogue had to be redone. ‘The camera was there, an Arriflex, which I had to get used to because it was like a machine gun. Upon “Action!” the girl would speak, but she would speak in Spanish, and I had to wait until her lips stopped, and I came in with my line, and then there was an Italian guy on this side of me. It was so chaotic. It’s maybe a good job they did the sound afterward.’

Operation Kid Brother opened in the UK in May 1968, distributed by United Artists. Now part of the MGM library, Neil had hoped to see an official DVD release.

He appeared in a few films and television programmes after that, but it never became a full-time career. Yet he looked back on Operation Kid Brother with affection and admitted he enjoyed the whole process from start to finish. He was also appreciative of his brother’s support when he made the decision to do the film. 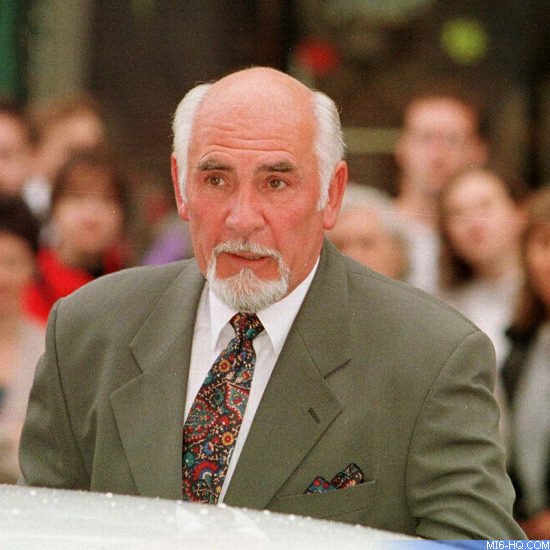 Neil Connery passed away on Sunday evening (May 9th, 2021) following a long illness. He is survived by his wife Eleanor and two daughters, Martine and Leone.