The Scottish actor and comedian has died aged 72

Robbie Coltrane was born Anthony Robert McMillan in Larbert, Scotland, on 30th March 1950 to Jean Ross Howie, a teacher and pianist, and Ian Baxter McMillan, a GP and forensic police surgeon. He was the middle of three children with an older sister Annie and a younger sister Jane.

His education began at Belmont House School in Newton Mearns before moving to Glenalmond College, an independent school in Perthshire. He played for the rugby First XV, was head of the school's debating society, and won prizes for his art, although he would later confess that his time at school was deeply unhappy period. He went on to study at the Glasgow School of Art and later Moray House College of Education in Edinburgh, Scotland. Due to his experiences, Coltrane later called for private schools to be banned and rebelled against his conservative upbringing. He joined and was active with Amnesty International, Greenpeace, the Labour Party, and the Campaign for Nuclear Disarmament. 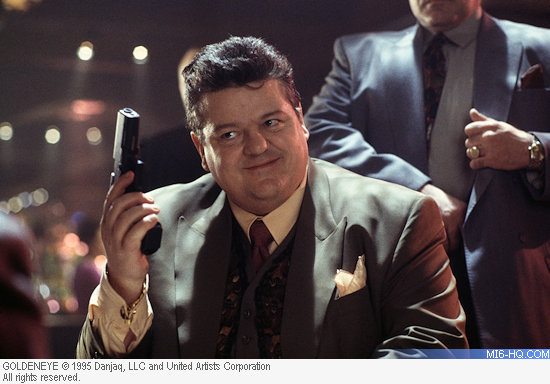 In a tribute to jazz saxophonist John Coltrane, he created his stage name Robbie Coltrane and started his acting career in his early twenties, working in theatre and comedy. After a few small parts in various productions, including 'Man at Airfield' in 'Flash Gordon' (1980), his first TV break came in the comedy anthology series 'The Comic Strip Presents' in 1982. He then landed a recurring role in 'Alfresco' (1983) and appeared in many popular comedy shows including 'The Young Ones,' 'Blackadder,' 'The Lenny Henry Show,' and 'Saturday Live' throughout the 1980s.  At the turn of the decade he had two roles in back to back films, first opposite Eric Idle in 'Nuns on the Run' (1990) and then he played the Pope in 'The Pope Must Die' (1991).

His most famous TV role came next as the star of ' Cracker' which ran from 1993 to 1996 where he played forensic psychologist Dr. Edward "Fitz" Fitzgerald, winning him three BAFTA awards. 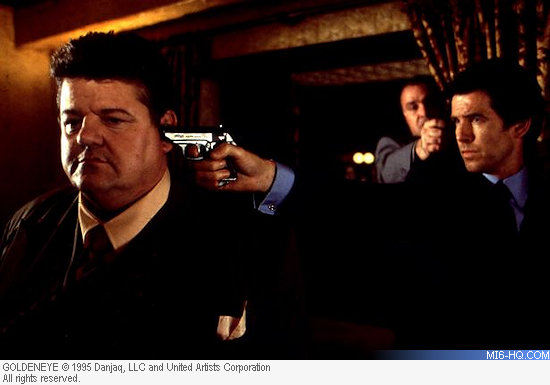 Starting a trend of Scottish actors playing Russians in the James Bond series, Coltrane was cast as Valentin Zukovsky the sly, ever-resourceful ex-KGB operative. He played him with a devious sense of humour, and both as a smart businessman and a crooked con man. Zukovsky could away with just about anything. 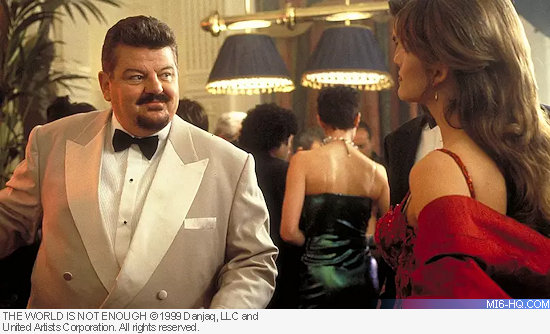 Blessed with some of the best lines of the script, Coltrane was reportedly so pleased with the character in 'GoldenEye' that he suggested Zukovsky should return at a later date. Four years later his request was granted. The mobster's character is fleshed out and Coltrane is given a substantially bigger role in 1999's 'The World Is Not Enough'. Zukovsky's fate was originally to be more clear-cut, with Bond seen checking his pulse before chasing after Elektra, but this was cut so that Coltrane could "leave his soap in the shower" for a potential third run with the character. Sadly, that never happened.

His likeness was used in both videogame adaptations of the films he appeared in 'GoldenEye' in 1997 (Nintendo 64) and 'The World Is Not Enough' in 2000 (Nintendo 64, Playstation). He also appeared on the Playstation exclusive '007 Racing' in 2000. 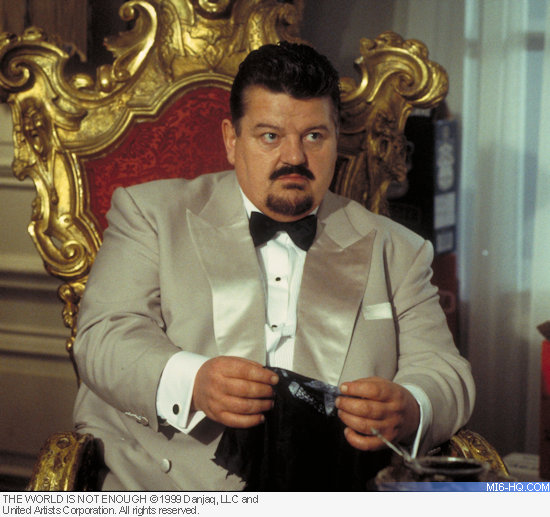 He rarely gave interviews, but just a couple of years ago he was asked what it was like working on the Bond films. Speaking of working alongside Pierce Brosnan, he said: "Pierce was an absolute delight. I’d get jealous though. We’d be getting made up, I’d be in one chair and he’d be in another. I would think, ‘God, imagine waking up every morning and shaving a face that looked like that.’ You know? Look what they gave me!”

His next big role was as the half-giant Rubeus Hagrid in the Harry Potter films (2001–2011). Coltrane also presented a number of documentary programmes for British television on his passions, including 'Coltrane in a Cadillac' (1993) 'Coltrane's Planes and Automobiles' (1997), and 'B-Road Britain' (2007). 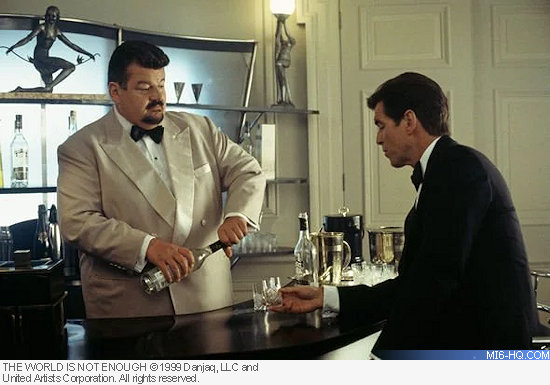 Coltrane married Rhona Gemmell on 11th December 1999. The couple had two children: son Spencer in 1992, and daughter Alice in 9198. They separated in 2003 and later divorced. Coltrane suffered from osteoarthritis in later life. He said he was in "constant pain all day" in 2016, and from 2019 on he employed a wheelchair.

Robbie Coltrane died at the age of 72 at Forth Valley Royal Hospital in Larbert on 14 October 2022, after having been in ill health for two years. He is survived by his two children.