Charlie's Angel from A View To A Kill dies at 65

Born Victoria Leigh Blum on October 15th, 1955, Tanya Roberts was raised in the Bronx and began her acting career in the theatre at the age of sixteen. She appeared in several off-Broadway productions, including ‘Picnic,’ ‘Antigone’ and ‘Liliom.’ Not long after moving to California in 1980, she was cast in the popular television series, ‘Charlie’s Angels,’ which led to roles in ‘Pleasure Cove,’ ‘Zuma Beach,’ and a two-hour episode of ‘Vegas.’

Roberts’ early motion picture credits included 'California Dreaming', 'Tourist Trap', 'Racquet', and 'The Beastmaster'. Her title role in 'Sheena, Queen of the Jungle' took the young actress to Kenya, where she completed work on the film just a few short weeks before being offered the role of the leading lady on 'A View To A Kill' in 1985.  Roberts portrays Stacey Sutton, an American geologist with ample reason to despise industrialist Max Zorin. 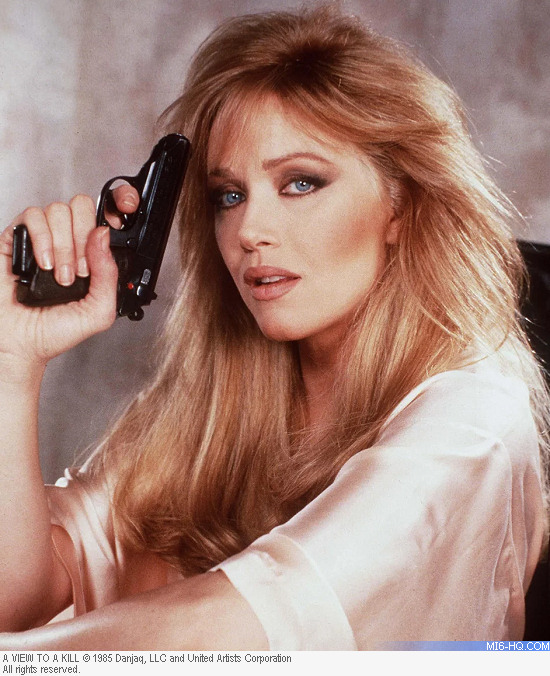 She explained the opportunity “just came out of the blue. I was attracted to Stacey because she is much more than a pretty girl clinging to the arm of James Bond. She is integral to the plot, and very involved in the pursuit and destruction of Zorin. And because of her well-to-do background and education, she is certainly not a dumb blonde.”

Famously, Roger Moore said he decided to end his run as James Bond when he realized Tanya Roberts' mother was younger than he was. 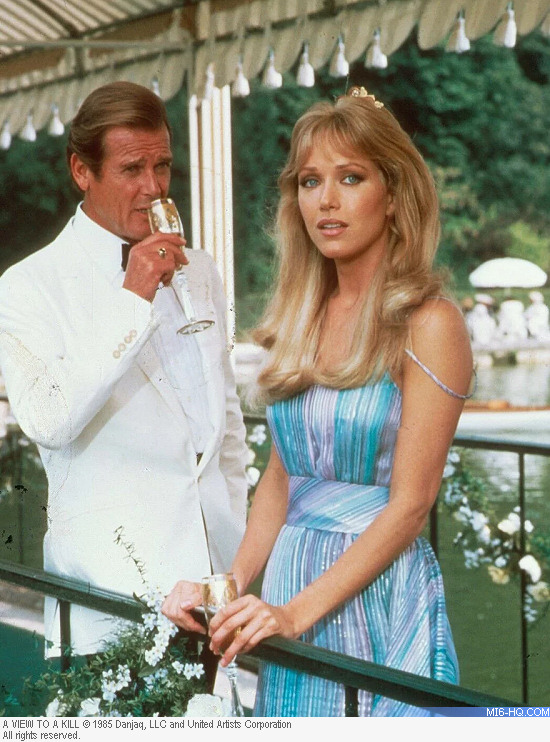 The product of what she called “a middle-upper class family of Austrian and Irish descent,” Roberts’ father was a salesman who moved his family from Toronto to the Bronx when she was twelve. She found out a lot about life in her early teens.

“You had to learn to be a survivor quickly,” she recalled. A tough-talking lady who admits she’s no angel, Roberts remembered that “even then, I was dreaming about success in Hollywood, living out my fantasies watching old movies on television.”

During these turbulent years, Roberts ran with street gangs and married at fifteen - a bond that was annulled seven months later. These brushes with reality brought Roberts’ instinct for survival to the surface, allowing her to file the experiences in her memory for later use in her work as an actress.

Always confident in her abilities, the natural redhead simply shrugged off the disappointments that she, like any other performer, has accumulated along the way. “I’m a firm believer in the adage, ‘When one door shuts, another opens’.” 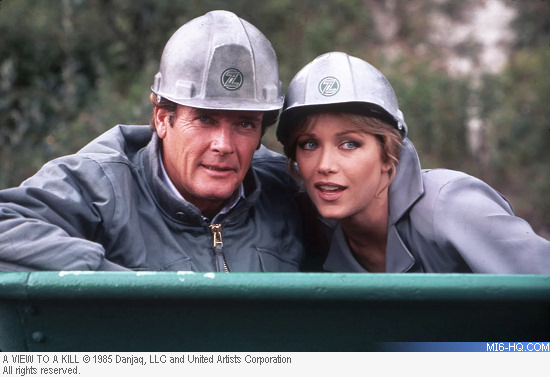 Tanya met her husband Barry Roberts in a line outside a movie theatre at the age of sixteen. They were married when she was eighteen and Barry tried to accompany his wife whenever she traveled to distant locations. Throughout the filming of 'A View To A Kill', they were together in London, France, and San Francisco.

Following her Bond adventure, roles in smaller films followed such as 'Body Slam' and others that showed a lot more of Roberts including: 'Night Eyes,' 'Inner Sanctum,' 'Legal Tender,' and 'Sins of Desire.'

Roles shifted to television through the 1990s and it was in 1998 that saw her return to primetime with her role as Midge Pinciotti in 'That 70's Show.' In one of the 81 episodes she appeared in, her character is married and Roberts had fellow 80's Bond girls Maud Adams, Kristina Wayborn and Barbara Carrera play her bridesmaids. She left the show in 2001 when her husband Barry became terminally ill in 2001. He died in 2006. They had no children. 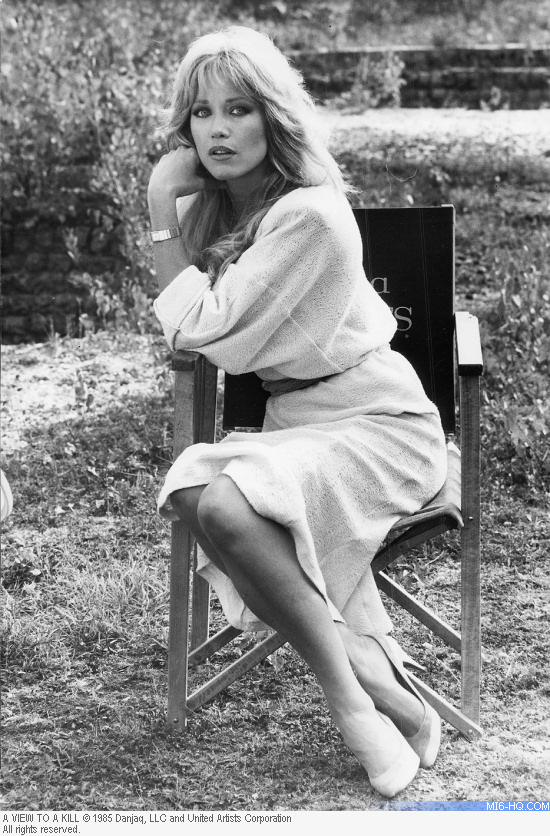 Tanya Roberts collapsed while out walking her dogs on Christmas Eve and was admitted to Cedar-Sinar Hospital in Los Angeles suffering from pneumonia and sepsis. She died on Monday 5th January 2021 at the age of 65. Although no cause of death has been reported, it was not Covid-19 related. She is survived by her sister Barbara Chase and her beloved pet animals.