Terry O'Neill, photographer to the stars, has died at the age of 81. Amongst the countless actors, musicians, politicians, and royals he captured on film over the years, he created timeless images of James Bond actors from Sean Connery in 1964 through to Daniel Craig in 2012. 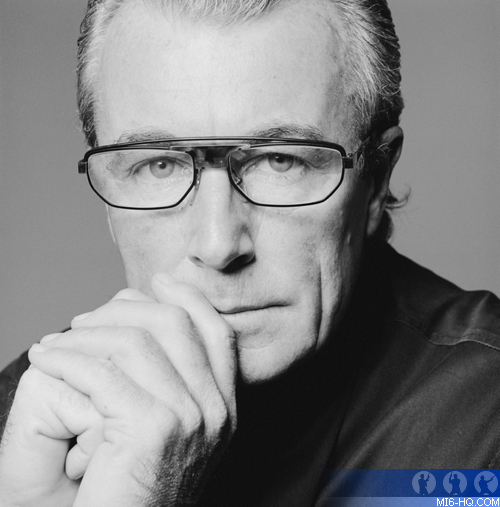 Born in Romford, East London, on July 30th, 1938, O'Neill began his career with his first job in the photographic unit of Heathrow Airport, although he really wanted to be an air steward as the means of fulfilling his dream of being a jazz drummer in New York City. He moved on to work for newspapers where his first job was to photograph Laurence Olivier. His career was perfectly poised as the 1960s kicked off and O'Neill was charged with photographing the most iconic figures of the decade including The Beatles, Judy Garland, Michael Caine, Raquel Welch, Frank Sinatra, Steve McQueen, The Rolling Stones, and the British royal family.

His work continued apace during the next decade, and one of his most famous shoots came on March 29th, 1977, when he photographed his then-girlfriend Faye Dunaway at the Beverly Hills Hotel the morning after she won Best Actress for her role in Network. The couple had a son Liam Dunaway O'Neill in 1980, married in 1983, and then divorced in 1986. O'Neill claimed in 2003 that their son was adopted, and not their biological son, contrary to Dunaway's statements. O'Neill later remarried to Laraine Ashton, a former model agency executive. 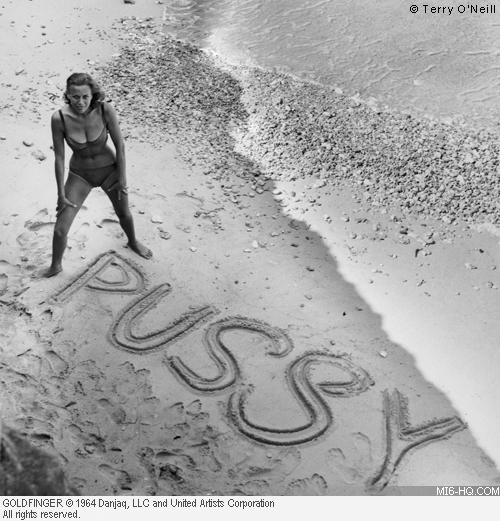 Back in 2012, MI6 interviewed Terry O'Neill about his career and asked him how he first got involved with the James Bond series with 'Goldfinger'. "Well, when I was on The Daily Sketch, they were a very keen show business paper and I used to go down on to the film sets to take pictures of certain scenes that they needed publicity on. And then I ended up working on a lot of the films."

Some of O'Neill's most iconic images from his time with Bond were the shoots with Connery on 'Diamonds Are Forever', Roger Moore's debut outing in 'Live And Let Die' and Pierce Brosnan's shoot for 'GoldenEye'. "Well, they were all very interesting in their way. And all of the Bonds were interesting in their way, too. They all brought something to each of the films," he explained. 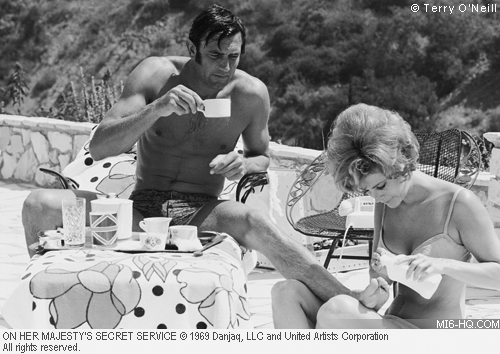 "I've photographed every Bond and that's quite something to have done in a lifetime, so it's incredible." - Terry O'Neill in 2012

In 2012, O'Neill published his first 007-centric book 'All About Bond' which included behind the scenes photographs from his time with the world's most famous secret agent. Unlike most of the stills shot on a Bond set, Terry O'Neill owned the copyright to his work, allowing him to publish independent of the studio. In April 2020, a follow-up book 'Bond, Beauties and Villains: Inside the World of James Bond by Terry O'Neill' will be published posthumously.

Earlier this year he was appointed Commander of the Order of the British Empire (CBE) in the 2019 Birthday Honours for services to photography.