Bookies can put their odds to rest for a while as James Bond producers Barbara Broccoli and Michael G. Wilson have a lot of other plates spinning right now to worry about who might replace Daniel Craig.

In an interview recorded by Variety late last month (published today to coincide with the TCL event), Broccoli confirmed thoughts about the reboot of the series are in their "early days" and that casting is "going to be a couple of years off."

When they do eventually get around to it, the new actor will have to sign up for the long-haul, particularly given the sluggish pace the films have been produced recently.

"When we cast Bond, it’s a 10-, 12-year commitment," explained Broccoli. "So he’s probably thinking, ‘Do I really want that thing? Not everybody wants to do that. It was hard enough getting [Daniel Craig to do it].” Wilson interjects: “And he was in his early 30s at the time!”

“That’s why, when people go, ‘Oh, who are you going to get?’ it’s not just about casting an actor for a film. It’s about a reinvention, and ‘Where are we taking it? What do we want to do with the character?’” said Broccoli. “And then, once we figure that out, who’s the right person for that particular reinvention?" 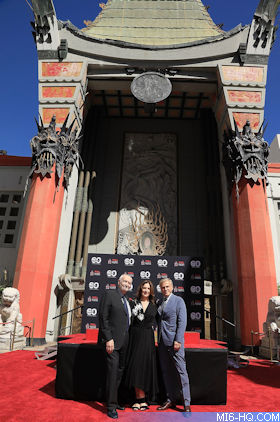 Above: Broccoli and Wilson with Christoph Waltz .

“A lot of people think, ‘Oh yeah, it’d be fun to do one,” Broccoli laughs out loud. “Well. That ain’t gonna work.” Wilson added, “It’s a big investment for us, too, to bring out a new Bond.” 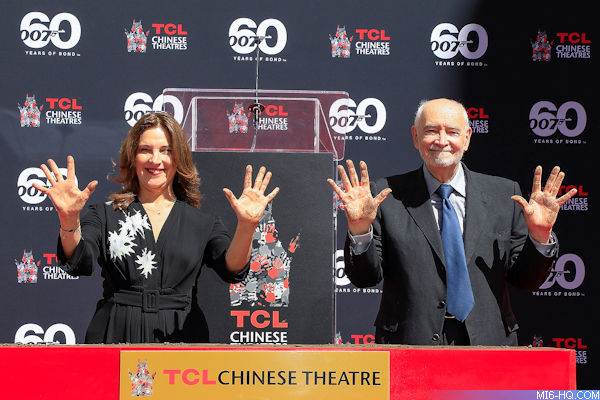 Above: Broccoli and Wilson place their handprints in cement to celebrate the 60th anniversary of the James Bond franchise with special guest speaker Christoph Waltz held at the TCL Chinese Theater in Los Angeles, California ON SEPTEMBER 21st, 2022.

Here is what the producing duo has on the go at the moment which should demonstrate why their attention is not going to be on the next iteration of James Bond for at least a couple of years: