GoldenEra is a documentary film/series that tells the story of the creation and legacy of the video game Goldeneye 007.

GoldenEye 007 holds a special place in gaming history. Made in the mid-90s at the birth of 3D gaming, it sold over 8 million copies and made a huge cultural impact on a generation of gamers due to its innovative stealth, action shooter mechanics, and beloved multiplayer feature.

The game was made by 9 university graduates from the middle of nowhere who had never made a game before. It went on to be a system seller for the Nintendo 64, outselling 1st party titles like Zelda Ocarina of time.

Most notably, GoldenEye would set the stage for the FPS genre to dominate the gaming industry through the next 2 decades, ushering in a new era of gaming, bringing a fully-featured 3D FPS with complex AI, motion capture animations, and narrative storytelling to home consoles.

The game would go on to sweep award ceremonies and be celebrated as one of the best games of any genre and of all time. Massive corporations like EA and Activision would swoop in on the James Bond license only to never recapture the glory of GoldenEye.

This film seeks to celebrate a watershed moment in gaming history. To reconnect players and fans of the original game with a time and place, when gaming was social, communal, and awe-inspiring. The movie will also explore the creative process behind the game, the culture in which innovation thrived, and the team from countryside England whose ambition, innovation, and ingenuity, resulted in countless hours of joy for players around the world. 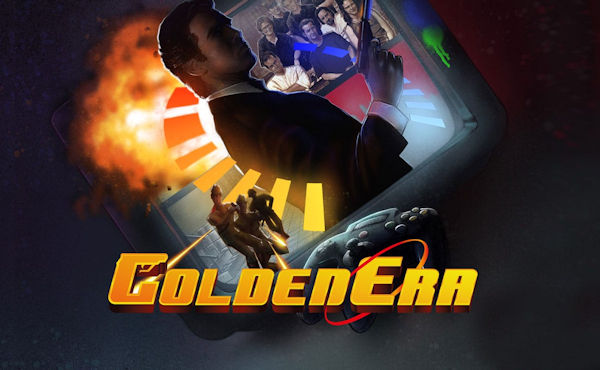 GoldenEra is a celebration of one of the most important video games of all time as told by academics, journalists, celebrities, fans, and the game’s designers.

GoldenEra will be available digitally this month on June 27th.