Ben Collins, formerly The Stig from the BBC's internationally acclaimed Top Gear, has been James Bond's go-to stunt driver in recent years and was once again behind the wheel for the 25th adventure 'No Time To Die'. He has just published a new book 'Aston Martin: Made in Britain' which the FT described as "a love letter to an era of gears and gasoline now accelerating towards its twilight."

You talk in your book about your own experience with encountering an Aston Martin (AM) for the first time as a young man. Do you think there is something about Aston Martin in particular that resonates with the nostalgia of childhood?

The poster car adorning most walls when I grew up was the Lamborghini Countach, usually bordered by the shot of the “Tennis Girl”, but you rarely saw posters of Aston Martins. Astons thrive better on the big screen and being synonymous with James Bond cemented the brand in most people’s imaginations and certainly in mine growing up. That said, the big beasts that Astons produced during the 80’s & 90’s had their own force of gravity. They were thundering war horses, innately British, and with a level of sophistication that left you awe-struck as they swaggered by. 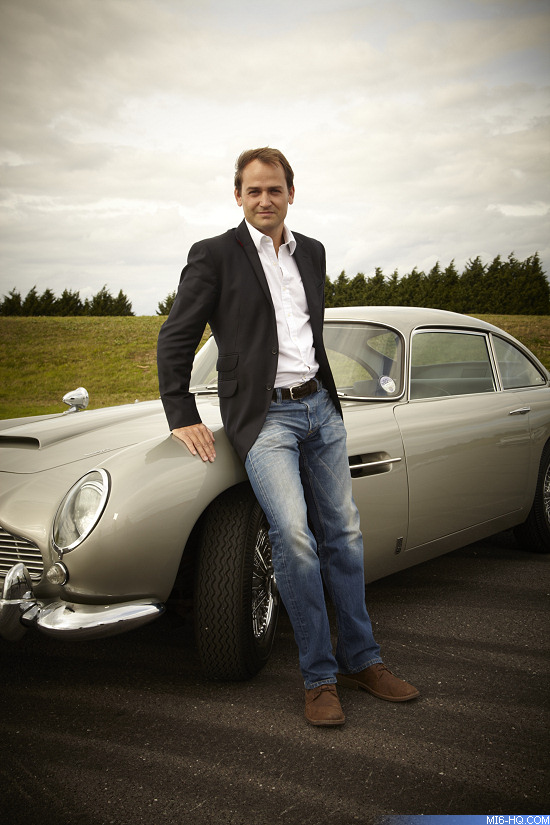 In your opinion, what is it that elevates AM above other quintessentially British marques that also have a motor racing heritage?

I don’t think there is another British car company that pulls off the delicate balance between brute force and suave styling the way that Aston Martin does. Like Ian Fleming’s original James Bond, their cars are thugs in Savile Row suits and seem capable of anything. Another unique quality of Aston Martin is their heritage because you can trace a straight line of peerless designs dating from 1914 to today.

The book charts the history of this iconic motoring marque from its humblest beginnings to present day - and is also crammed with fascinating anecdotal asides. How much of the research you undertook for this book was revealing for you personally, or changed your perception of AM?

The vast majority of my research broke new ground for me and although I relied heavily on books as well as source material from the company archives, I was also able to summon lots of new content by interviewing the more recent movers and shakers from the business. Some of their tales had me crying with laughter as the engineering challenges of the day were compounded by very human calamities, such as a leaking roof destroying the only blueprints to a model about to go into production.

The internal politics were fascinating too and as a military history buff, I was delighted that the Aston story weaves its way through two World Wars where the genius of Astons’ designers was put to the test and at the end of it their thought processes manifested in these achingly beautiful driving machines. The experience fundamentally changed my view of engineering because I realised how much of it is an art form, a unique expression of thought.

Aston Martin and Bond are virtually synonymous with one another and in many ways mutually supportive. How important would you say Bond has been to the success of AM and how important had AM been to Bond’s continued success?

There’s no doubt that the Bond movies have given Aston Martin an iconic status around the world but I think my book goes a long way to explaining the other facets that make the company tick. Ian Fleming took some convincing to switch Bond’s pool car from a Bentley to an Aston Martin and it would be hard to imagine 007 driving something else.. or would it.?

The Bond movies are timeless masterpieces and the beauty of that is that generations look at these car chases and see Aston Martins performing at their peak. Whether Bond needs a fast car is a good question... I’ve seen him work wonders in half a Renault 11 as well as a 2CV.

This is your third book. Did you ever imagine you would have a successful career as a writer and what lies in the future for you writing-wise?

I never imagined that I would have this opportunity but I’ve always enjoyed writing, from my first forays with Autosport magazine when I was reviewing racing cars before moving onto broader topics with the Sunday Times. I love working out what makes something tick and bringing it to life to make it engaging. It’s a very different challenge from hurling a car around a track or skidding through packed streets for a movie but it’s just as addictive. I’m researching a new project so hopefully, one day, I’ll be able to call this a career! 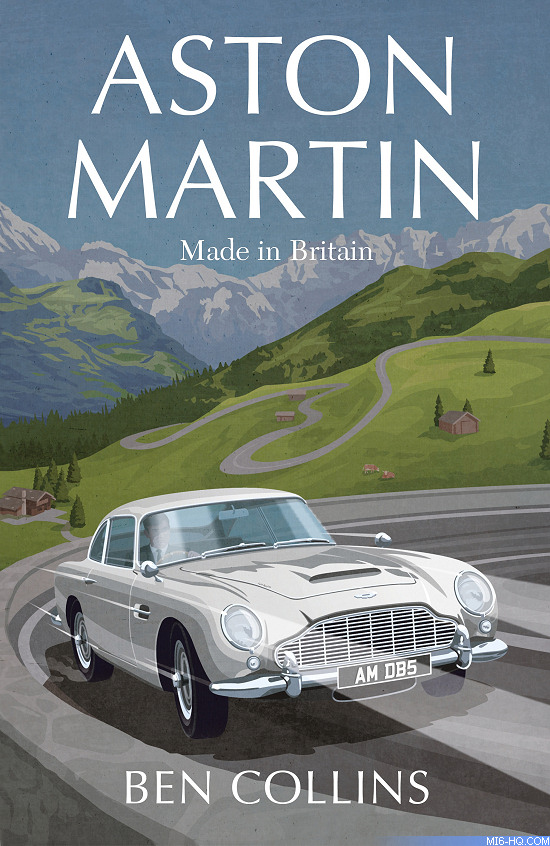 It’s an evolving world and many cities in the U.K. and across the world are looking to ban combustion engines within the next 15-20yrs. What is your view on the introduction of electric vehicles and how do you see this impacting the future of Aston Martin?

If Covid has taught us one thing, it is to question the sources of information we rely on. It’s easy to ban things like combustion engines and far harder to build genuine solutions. Carmakers have been labeled as bogeymen when it is their engineers who have quietly been developing scientific solutions for decades. Electric power has its own set of challenges and the real breakthrough will be when there’s a leap in battery technology, otherwise, we will all need a good book to read during those long queues at the charging stations. Aston Martin will easily adapt because they have the engineering talent.

The book isn’t just a history of AM, it’s also a personal journey for you and at points your own experience is as much a part of the overall story. How difficult was it to write a history that you yourself are part of?

I’m incredibly fortunate to have driven so many of AM’s machines in anger over the years and so I wanted to share my perspective from the hot seat to bring them to life. Better still, I’ve gotten to know the people behind Aston Martin and that enabled me to tease out their fantastic stories and share them in the book. By the end of it I felt like I really knew them, even those long-departed souls like Count Louis Zborowski seemed to be in the room and urging me to tell their story.

What is it about the story of Aston Martin in particular that you think readers will find compelling?

When we look back at our own lives we see a series of surprises and choices that led us to where we are. The story of Aston Martin is a succession of incredible lives, with each big personality overcoming the challenges of the day. By starting at the beginning, as we do in life, the reader never knows where the story will go next… one moment you’re on a dusty road crossing the alps, the next careering over a bump at Brooklands at 100mph in Chitty Bang Bang, flying a Sopwith Camel over the lines in WW1, escaping from the Gestapo, outsmarting the Luftwaffe, sharing a lap of Le Mans with Sir Stirling Moss and getting the hammer down with James Bond. It’s full of surprises.