The Man Who Would Be Bond

MI6 Confidential Special #6, 'Sean Connery: A James Bond Journey' is a bumper 140 pages – almost 50% larger than any special magazine from the publication, yet. Ajay Chowdhury and Matthew Field explain how they delved deep into the character and life of the man who made Bond a screen icon.

As James Bond historians how did you want to celebrate Sir Sean Connery’s tenure as 007 when asked to curate this special edition of Mi6 Confidential?
Matthew: Back in 2018 we edited the MI6 Sir Roger Moore tribute. With that publication we took the unique line of interviewing as many of his co-stars – anyone who shared screentime with Bond - across his seven Bond movies as possible. We spoke to over 60 actors. Those voices led the narrative and paid tribute to Roger in a very unique and personal way. Unfortunately, there are not so many people left from the Connery era so we needed to take a different approach.

Ajay: Instead, we decided to tell the story of the making of each of Sean Connery’s Bond movies from his perspective – something that has never been done before. We tracked down as many English-language print interviews with Connery as we could. Then we went on to broadcast interviews. We sought quotes from those who had personal dealings with the actor as Bond or recollections of him. 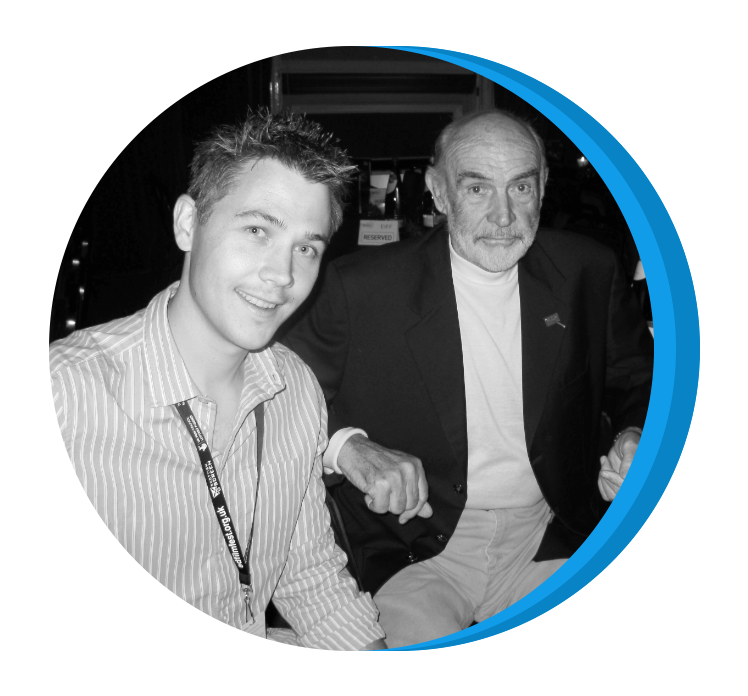 Although so many of Connery’s co-stars have left us you have still secured some big Bond names who have shared their memories of him…
Matthew: We contacted every actor still alive. Ursula Andress was a coup. She became a life-long friend to Connery, was amused at his dedication to learning the song ‘Under the Mango Tree’. Ursula also talked about travelling to London with her then-husband, French superstar, Jean-Paul Belmondo, to persuade Sean to do ‘Diamonds Are Forever’. Shirley Eaton recalled teasing him on set when wearing his blue ‘Andy Pandy suit’ in ‘Goldfinger’. Jill St. John revealed the fun they had together as they raced around neon-lit Vegas in the red Mustang. Klaus Maria-Brandauer remembered in rich detail the long and varied conversations he had with Connery, while Kim Basinger remained so eternally grateful to him for championing her casting in ‘Never Say Never Again’ which led Kim to go on and enjoy an Oscar winning career.

Ajay: We also spoke to some unsung individuals such as Mary Hiller who played Bambi in ‘Diamonds Are Forever’- often billed incorrectly as Lola Larson. Barbara Carrera described how upset Sean’s little grandchild was on the set of ‘Never Say Never’ as they rehearsed the scene in which Bond is on the cusp of being killed by Fatima Blush as she aimed a pistol right at her grand-Daddy! I liked hearing Prunella Gee’s memory of Sean coming to see her and Bernard Lee in a play in the West End and then hearing how grateful Edward Fox was to be cast by Sean personally as M. As well as those who gave personal tributes, we also included observations from many others, some who have now passed from Roger Moore to United Artists’ chief, David Picker. We also gained insight from those who have rarely talked about their Connery connections: Kevin McClory’s children and publicist Saul Cooper’s role in getting Sean back as Bond in 1971. We learnt how Sean directly inspired Alan and Marilyn Bergman’s 'Never Say Never Again’ lyrics and Lani Hall told us how moved she was by Sean’s standing ovation when she performed the song at a premiere in Monte Carlo. Writers such as Len Deighton, Ian Le Frenais, Dick Clement and Johanna Harwood, all gave us insight into Connery’s astuteness with screenplays.

What did you learn about Connery when writing this book?
Matthew: Firstly, how much he actually liked and cared about James Bond! The line of reporting has often been that he found the role a burden. We found some wonderful interviews where he really gave an insight into his approach to the character and the acting skills required to successfully bring Bond to life on screen. He showed great interest in the franchise later and when Daniel Craig was cast was full of praise for his interpretation. 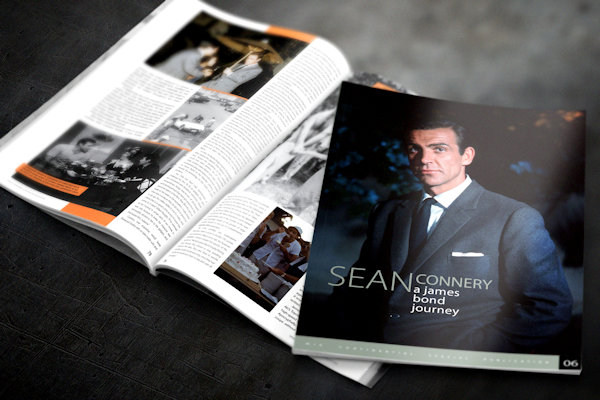 Ajay: As we began to write, what emerged, when we saw the story chronologically and contemporaneously, was a richer, far more human narrative. An established working actor who had had some success suddenly became an international movie star. The like of which had never been seen before. Connery was the eye of the Bondmania storm. Apart from feeling financially undervalued, Connery, the actor, felt artistically short-changed. And such a huge change affected his personal life in a way few could imagine. This is the James Bond journey we hope emerges from this MI6 Confidential special. Every Bond fan knows Sean Connery’s James Bond journey. Or thinks they do. 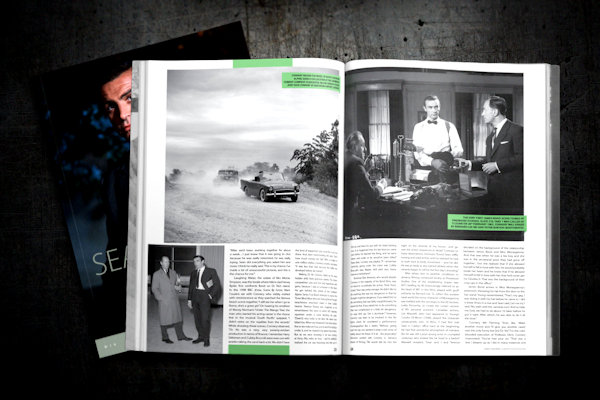 How will you personally remember Sir Sean?
Matthew: We were both fortunate to meet him in 2010 while at the Edinburgh International Film Festival of which Connery was a patron. We attended a low-key plaque unveiling in Fountainbridge, the suburb of Edinburgh where he grew up and later found ourselves at a private festival party – a traditional Scottish ceilidh – thrown in his honour. 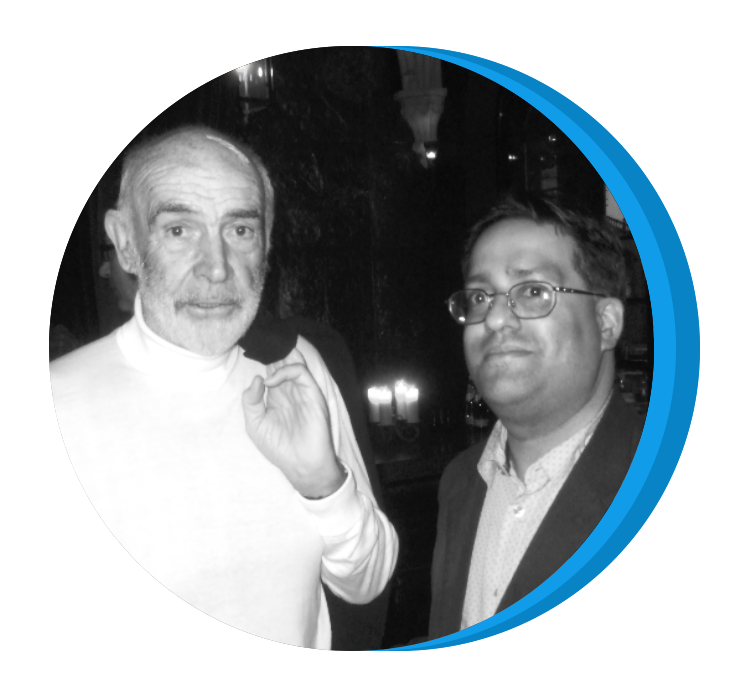 Ajay: We spent the evening plotting how to engineer an introduction to our carefully guarded host. Many ideas were considered, from the sublime to the ridiculous. During our deliberations we were interrupted by an apologetic festival publicist, who politely enquired whether we would mind awfully, posing with Sir Sean with a glass of red wine on behalf of the drinks sponsor. Generously we consented and then danced late into the night with Sir Sean and his wife Micheline.

Matthew: As the festival drew to a close, Connery introduced a screening of ‘The Man Who Would Be King’ at the Edinburgh Festival Theatre. Connery informed a packed house that he would not only be stepping down as festival patron but would also be retiring from public and speaking engagements. True to his word, he never returned to his homeland again. He spent his final decade in the Bahamas, in retirement.

Ajay: We spoke to him three times on the telephone, the last in late 2017, for our book, Some Kind of Hero: The Remarkable Story of the James Bond Films. He was obviously enjoying his autumnal years in private and void of showbiz activity and his final words to us on James Bond 007 reflected that, “It was a long, long time ago.”

Matthew Field & Ajay Chowdhury are the authors of SOME KIND OF HERO: The Remarkable Story of the James Bond Films.