'Colonel Sun' by Kingsley Amis - the first James Bond continuation novel published - will be reprinted next year with a new hardback cover design. Amis was somewhat of a Bond scholar and fan of Fleming's creation, and it was with surprise that the Bond film series adapted one key scene from this book for the film 'SPECTRE', the first time the franchise had dipped into the continuation novels for material (officially).

Blurb
The first James Bond novel published after the death of Ian Fleming in 1964, this classic thriller follows James Bond on a mission to a small Aegean island to track down M’s kidnappers―the malign Colonel Sun Liang-tan and his ex-Nazi commander cohort, the deadly Von Richter.

Lunch, a quiet game of golf, a routine social call on M, who is convalescing in his Regency house in Berkshire―the life of secret agent James Bond has begun to fall into a pattern that threatens complacency, until the sunny afternoon when M is kidnapped and all of his house staff savagely murdered. 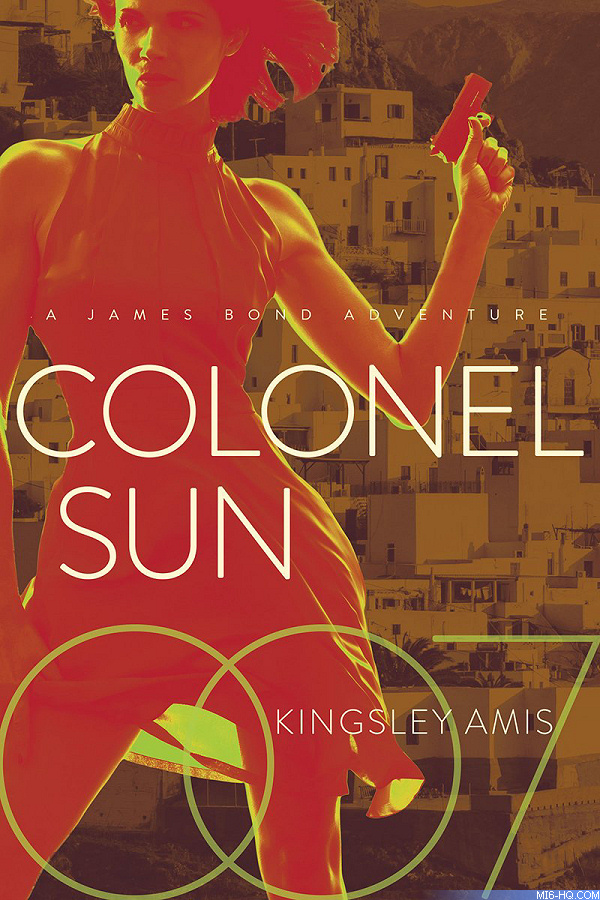 The action ricochets across the globe, but quickly enough lands Bond on a volcanic Greek island, where the malign Colonel Sun Liang-tan of the People's Liberation Army of China is collaborating with the ex-Nazi commander, Von Richter, in planning a world-dominating conspiracy. The stakes have never been higher, nor the dangers more complex. Bond’s allies―the beautiful, brown-haired Greek agent, Ariadne Alexandrou; along with a tough-as-nails former World War II resistance fighter―are quickly neutralized by the venomous Colonel Sun. Alone and unarmed, faces off against these two nefarious villains.

Stripped of all professional aids, James Bond faces the deadly devices of Colonel Sun and his Nazi cohort in a test that brings him to the verge of his physical abilities.

Kingsley Amis was an English novelist, poet, and satirist. He wrote more than twenty novels, six volumes of poetry, a memoir, various short stories, as well as literary criticism. Amis has been called the finest English comic novelist of the second half of the twentieth century. In 2008, the Times of London ranked Kingsley Amis thirteenth on their list of the fifty greatest British authors since 1945. He is the father of British novelist Martin Amis. Kingsley Amis died in 1995.