A documentary about other fellows called James Bond debuts next month

Bond. James Bonds. Can anyone ever live up to that name?

'The Other Fellow' is an energetic exploration of male identity via the lives, personalities, and adventures of a diverse band of men, real men across the globe all sharing the same name – James Bond. 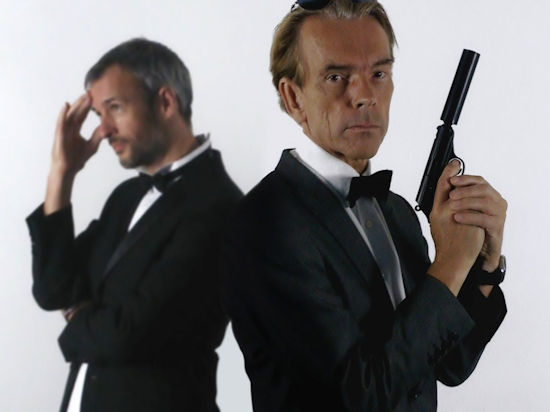 1952. Jamaica. When author Ian Fleming needs a name for his suave, sophisticated secret agent, he steals one from an unaware birdwatcher and creates a pop-culture phenomenon about the ultimate fictional alpha male.

2022. It is the year of 007’s sixtieth anniversary onscreen and Australian filmmaker Matthew Bauer is on a global mission to discover the lasting, contrasting, and very personal impacts of sharing such an identity with James Bond.

From a Swedish 007 super-fan with a Nazi past, a gay New York theatre director, an African American Bond accused of murder, and two resilient women caught up in it all, Bauer’s cinematic mission is an audacious, poignant, and insightful examination of masculinity, gender, and race in the very real shadows of a movie icon.

'The Other Fellow' will premiere at the 'Doc Edge' film festival in New Zealand next month on Wednesday 22nd June, 2022 in Auckland.