In this is the first part of an in-depth review of 'Dr. No', we focus on James Bond himself Sean Connery and the leading lady Ursula Andress.

When it comes to rating and ranking Bond performances, there are not many that could even hope to match the work that Sean Connery provides us with in his debut role as 007.

It's this kind of performance work that not only makes him a legend on the cinemascape, but more importantly, the greatest and most iconic James Bond. So much of what makes Dr. No a roaring success and why Sean's performance in it is so fascinating to watch is due to the fact that the film is a perfect mix of an espionage thriller and a mystery that spews intrigue and deceit between its characters and adds a palpable atmosphere to the story. In fact, when Bond and Honey finally meet, she tells him she's never met a detective before, because for lack of a better word, that's exactly the kind of role Bond fills here. He does just as much sleuthing as he does spying, and that fascinating blend of roles for Bond's character makes Dr. No unforgettable. 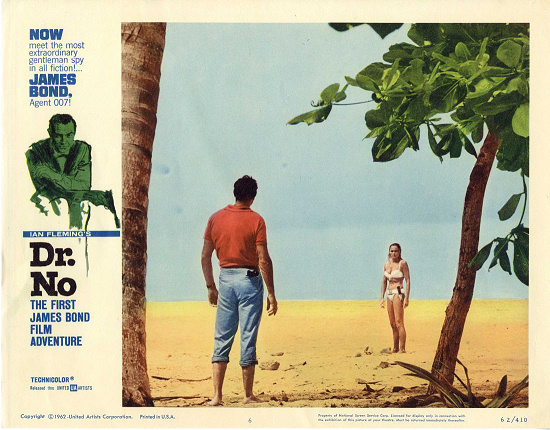 Because of this amalgam of roles, Sean's Bond in this film is the perfect blend of smooth spy and noir private dick. 007 is constantly faced with a series of unique characters (many of which are lying through their teeth to him), and how he navigates through the thick fog of mystery and fear surrounding the words "Crab Key" and the name "Dr. No" reveals to us what is one of the all-time unbeatable Bond performances of all time, and quite possibly Sean's most interesting to view, even in comparison to From Russia With Love.

When it comes to Sean's performance in Dr. No, every movement, every gaze, every slight gesture, sway of the body and shift of the eyes he gives the audience means something. Watching Sean play in this film is like watching the greatest of thespians losing themselves in a role on the London stage. He packs so much meaning and resonance into Bond's character without even speaking, and it's truly impossible to overestimate his iconic talent. Each scene Sean plays is a masterwork and blueprint for how the role is meant to be played, who Bond should be and how he should act.

The mix of embarrassment and shame visible in his eyes as M scornfully chides him on still carrying his Beretta that reveals the respect and intimidation he feels towards his boss as lucid as a pool of water. The animalistic way he preys around Jamaica, laying traps in his hotel room to catch those who may he trying to slay or survey him. The subtle yet forceful way he grabs Miss Taro by the bottom of her tied up hair, flashing his distrust of her, then later on as he jerks her towards him by tugging hard on the towel tangled across her neck, like a noose. The predatory demeanor his body carries as he plays cards of all things while waiting for Dent to show at Taro's and fall for his trap, then the cold and intense resentment visible in his eyes as he silences the shyster. The visible anger and fury boiling just under the surface as he listens to Dr. No pontificate from the head of the dinner table, his strong jawline steeling itself from his billowing rage as he promises to avenge Quarrel and Strangways. The passion and carnal desire he expresses as he wraps Honey in his arms at the end of the film, literally getting lost with her on the open seas. 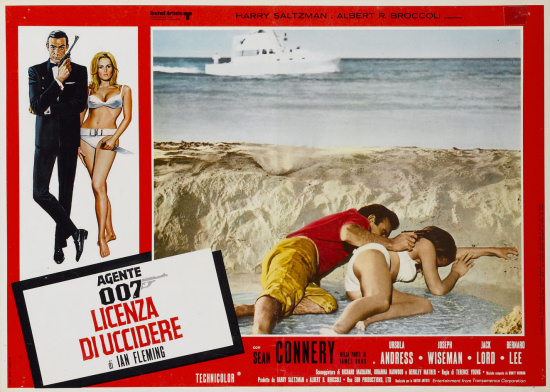 To put it simply, Connery's performance here is like an onion, it is so layered in complexities. We see so many of the different faces Bond wears here through Sean's performance, from his passion as a lover, his coldness as a killer, his style as a man of fine dress, his finesse at detective work and counter-espionage, and his unshakable loyalty to his country and allies. You would run out of adjectives trying to sum up what Sean expresses about Bond through his performance in this film, adjectives that came to define his portrayal. Brutal, dangerous, animalistic, magnetic, blunt, eloquent, sophisticated, fearless, fearsome, sharp-witted, iron-clad, silver-tongued… The list goes on, and on and on.
In this film and in all his other classic Bond films, Sean delivers to us a captivating mix of traits that makes Bond as a man and agent truly unforgettable and like no other. He's a man always 12 steps ahead. A man who looks death in the face and dares to crack a grin. A man who cuts through the bureaucratic red tape to get the results he demands of himself to meet.

Doesn't get much better than this, and it all started here with Sean.

Honey Ryder- It was Fleming's intention with the character of Honeychile Rider to embody the passion and aroma of sexuality that Venus would have evoked had she materialized on the beach in front of James Bond, and with the casting of Ursula Andress, this effect was achieved, and then some (which is funny, because Andress would go on after the movie to play Aphrodite in Clash of the Titans). Honey rising from the ocean is a moment that will continue to live on in the history of cinema forever. Her seductive, twisting hips, her natural and perfect form, the droplets of water glistening on her face, her features so perfect it's like they were chiseled by a prized artisan, and with a voice so melodious you imagine birds would stop to chirp along with her in harmony.

It's a wonderful composition of images to see a beautiful and natural woman in an equally natural and beautiful environment, especially since, like the biblical Eve, Fleming's Honey was stark naked when Bond comes upon her. In such a short amount of screen time, only a bit before Dr. No's big reveal, Andress makes up for the deficit and writes herself into history. 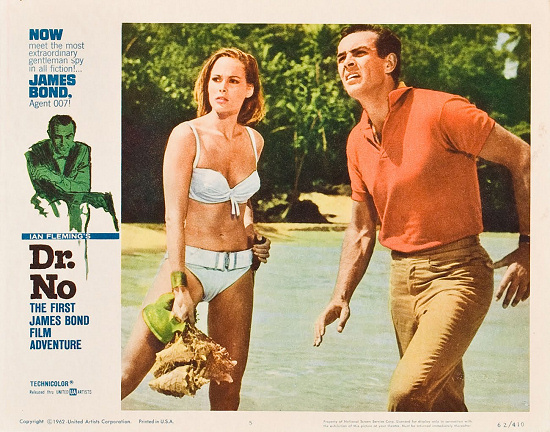 Largely, I think Honey is a fascinating character for her contradictions. She's a woman who has faced abuse and carries a great feeling of innocence about her, but she can just as easily be the abuser and enter a dark and malevolent headspace to obstruct those she deems unpleasant. She's a woman who has taken to roaming and over time, has seen the world, but is perfectly capable of making a home for herself anywhere, with sharp wits about her and a hand always clasped around that knife of hers. Just looking at her, you wouldn't believe she was capable of unleashing a deadly black widow spider on a man, but such is the depth and contrarian nature of her character. She's a beautiful face with a curved figure that masks sharp edges and a rugged core balled up underneath. The surprise at what kind of woman she is, the strength of her character and the danger of her revenge are hidden extras you have to dig below the surface to truly unearth, and it makes for a fascinating journey.

Her naïve nature, when faced with the cold cruelty of Dr. No, adds another fascinating layer. For all see has experienced from hard and cruel men, she doesn't know Bond's world and is very much at the mercy of Dr. No and his followers as their scheme unfolds. Chained and left to drown, Honey becomes the troubled and broken-winged bird Bond inevitably finds himself falling towards, as if by a gravitational pull. While she's far from an absolute favorite of mine, Honey feels like a real woman in every sense, an innocent unintentionally caught up in Bond's mission. Unlike much of today's movie climate, it was clear that the filmmakers refused to wrestle consciously with the notion of Honey being a female character who would be Bond's equal, an idea that can often obstruct the characterization of our Bond girls and make them feel artificial and disingenuous as an end result. Instead, they had Ursula play it straight down the middle in a performance that delivered on the essentials sans any showy stuff, and I think her character is all the better for it. All Honey needed to be was real and raw, and boy does Andress deliver, body and soul. 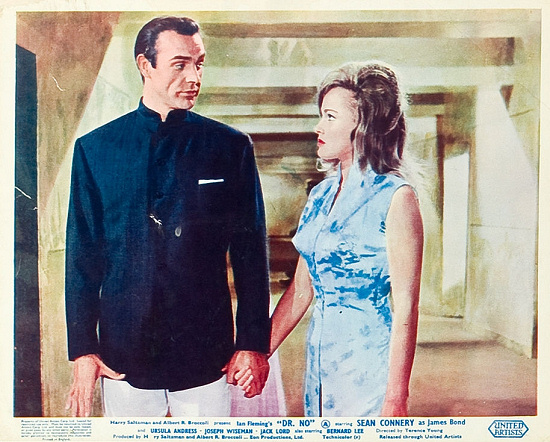 A special and significant mention must be given to Nikki van der Zyl here, who provides the lovely voice to accompany Andress's performance. Van der Zyl realizes verbally what Andress expressed physically, giving Honey's voice a great melody and innocence while also revealing the dark past and vengeful nature of the woman in her intonations during her private talk with Bond. Deliveries on Van der Zyl's part with lines like, "Did I do wrong?" in the scene where Honey confesses to a murder make the character feel like an innocent child of nature, as if she is completely oblivious to the depravity and dark reality of the action she took with that dreaded black widow all those years ago.