With A Mind To Kill - Review by Ajay Chowdhury

To read a Continuation Bond adventure is always a question of traveling hopefully rather than arriving. Ian Fleming’s writing and worldview are hard to replicate. To emulate his descriptive lust and high insider’s tone can border on ‘pistache’ (sic) if not carefully handled. To find an original space and inventive ideas in such a well-trodden path is taxing. We live in an age where the tale of the movie Bond wags the dog of literary Bond. For the person given carte blanche to renew Bond’s literary licence for a solo mission every few years, they must conceive of a genuinely novelistic conceit that surprises and delights the wizened reader. It can be a thankless mission. 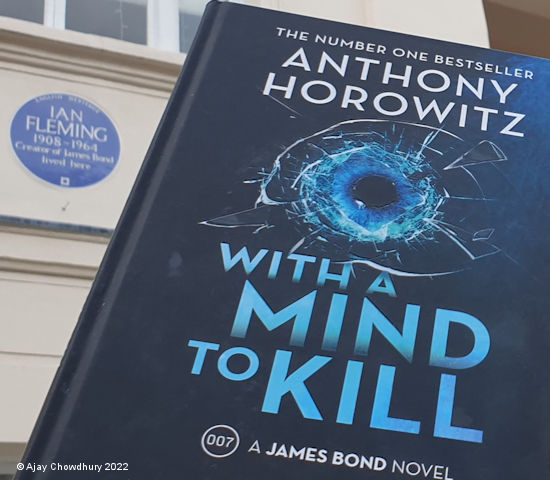 Anthony Horowitz's third 007 novel, ‘With A Mind To Kill’, is set just after the events of Ian Fleming’s last Bond novel, ‘The Man With The Golden Gun’, written in 1964 and published posthumously in 1965. After the Soviets’ attempt to brainwash 007 to kill M and his subsequent suicide mission to kill Francisco Scaramanga in Jamaica, Horowitz picks up on a plot thread and weaves a counter-narrative. 007 is disgraced and deprogrammed in green and pleasant England, then sent to outer darkness back to the Soviet Union. The book deploys a classic Fleming fly-to-the-spider’s-web structure where Bond finds himself working for the heirs of SMERSH in Moscow. It becomes clear that he is a pawn in a Cold War chess game that could change the course of history. The odyssey is completed in Le Carré-ian East Berlin with two classic thriller finales.

At the heart of ‘A Mind To Kill’ is a romance between Bond and an icily detached Russian psychiatrist, Katya Leonova. Their relationship is developed as they explore each other’s minds and bodies on a journey that takes them from Leningrad via the Red Arrow overnight train to the delights of Soviet-era Moscow. Leonova’s hinterland is fascinating and emblematic of the central theme of the novel: the ideological and personal attrition of a person caught up in the gale of the espionage world.

Along the way, there are some Bondian set pieces. M’s funeral is a Mario Puzo-esque re-gathering of the clan. There is a clever escape from a Richmond safehouse, an exciting intervention on Tower Bridge and a jet boat chase in the Thames, a shocking fight on the Moscow underground, a villainous rendezvous in the surreal ruins of Berlin’s infamous Adlon hotel, and a tense border crossing denouement which will leave the reader guessing. 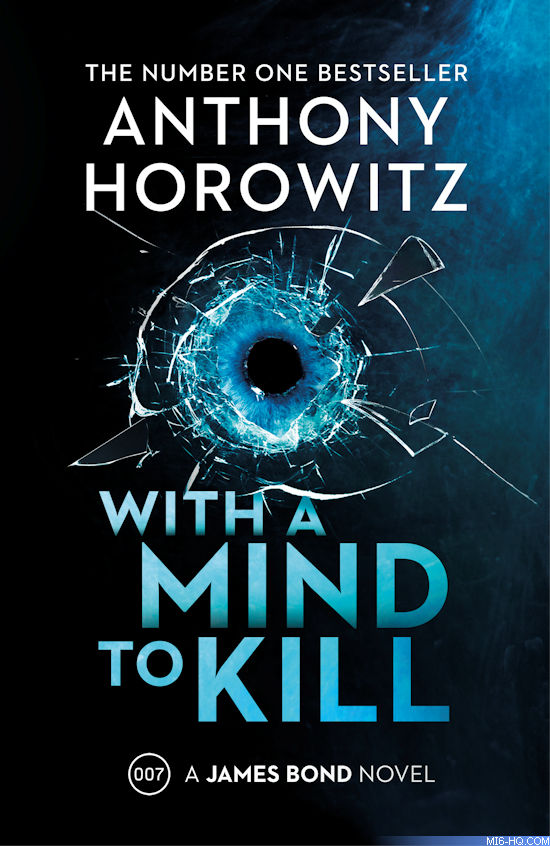 Horowitz’s tale is dense with detail on period Moscow and the verisimilitude of psychological warfare. ‘With A Mind To Kill’ touches upon contemporary concerns of mass mind manipulation, public deception, and a desire by errant parties on a globally resurgent Russian empire.

Horowitz’s 2018 Bond novel, ‘Forever And A Day’ was a prequel to ‘Casino Royale’. His first, 2015’s ‘Trigger Mortis’ took place after the events of 1959’s ‘Goldfinger’. Both used unpublished Fleming passages which were not available for ‘With A Mind To Kill’. However, the experienced novelist and TV screenwriter mined unused phrases and the non-fiction ‘Thrilling Cities’ to add authenticity to the Berlin sequence and to chapter headings. Horowitz’s fealty to Fleming yet capability to expand and add new ideas to a weary Weltanschauung is what has made his contribution to Bond so rewarding. He is the Daniel Craig of Bond authors, building on the work of originators yet taking the art into resonant new directions. As the writer who co-opted the ‘Quantum Of Solace’ short story for a ‘Foyles War’ episode, Horowitz’s deep knowledge and affection for Bond have enriched his trilogy of Bond adventures. Each is distinct from the other. ‘With A Mind To Kill’ is Anthony Horowitz’s magnum 007 opus which fans of the genre and beyond will relish on the cusp of Bond’s 70th literary anniversary.

Click here to read an extract from 'With A Mind To Kill.'