In the late 1980s / early 1990s, Pierce Brosnan could have been James Bond, if it were not for that pesky Remington Steele contract that gifted the role to Timothy Dalton instead. Whilst he was waiting for his eventual turn as 007, Brosnan earned a bit of side-cash doing Lark cigarette commercials in Japan. The tobacco company also employed Dalton and Roger Moore, so this was very much an attempt to have a 'James Bond' cigarette advert even though he wasn't 007 - yet. 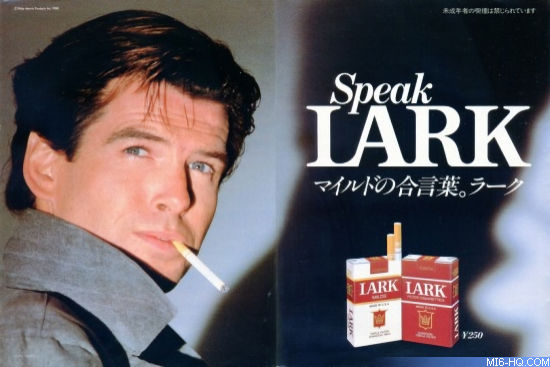 Brosnan appeared in at least six different TV spots for Lark, as well as several print campaigns. They were never meant to be seen by Western audiences, so the exact number of ads and their broadcast dates are unclear.  Actor John Demy appears as the private detective in one spot who has his camera remotely destroyed by Brosnan's gadget hidden in the cigarettes.

According to a Lark brand strategy presentation, the 'Speak Lark' campaign depicts the world of the international secret agent. It emphasizes three dimensions: international, sophisticated, and masculine. Although it makes no sense in English, the "Speak Lark" catchphrase was established in the first two adverts which date back to 1986 when James Coburn uses "Speak Lark" as a secret password. 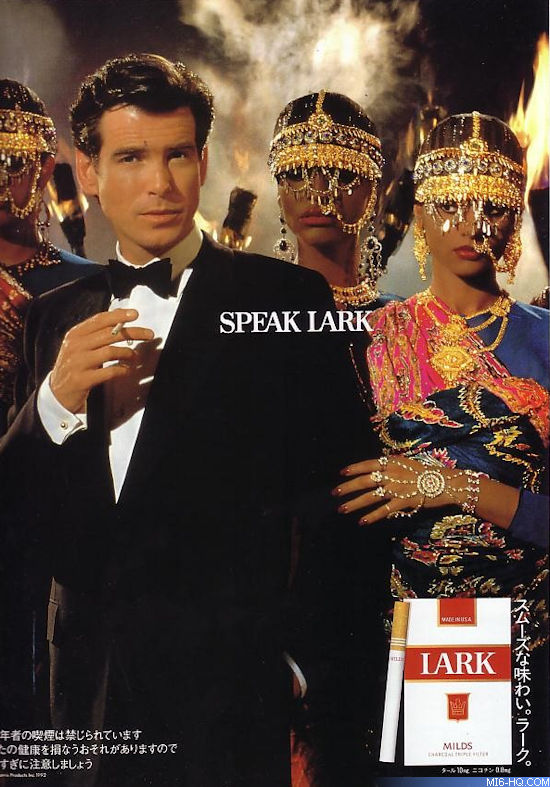