Simon Thompson from UK's Capital FM talked to Sir Ben Kingsley, who is putting a shout out to the producers of the 21st James Bond film that he wants to land a role as a villain, reports ComingSoon.net

"I would like to make it known, on this program, loud and clear, that I would absolutely embrace with all five of my arms being a Bond villain," Kingsley said on the radio station. 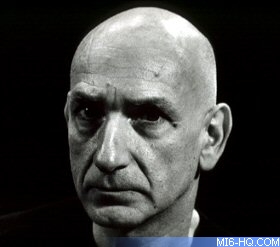 The Oscar winner starred this year in Universal's Thunderbirds and can currently be seen in theaters in Paramount's Suspect Zero. Kingsley won an Oscar for Best Actor in 1982's Ghandi and has been nominated three times for Bugsy, Sexy Beast, and House of Sand and Fog.

Thanks to `Mathewww` for the alert.