According to The Sun, Angelina Jolie has been asked to play the latest James Bond girl â but is insisting the role is toughened up before she accepts.

The news comes off the back of reports last month that Jolie was on the shortlist for the lead female role.

The paper claims Jolie, 31, has seen the script in which she could play Vesper Lynd agent opposite 007 Daniel Craig. 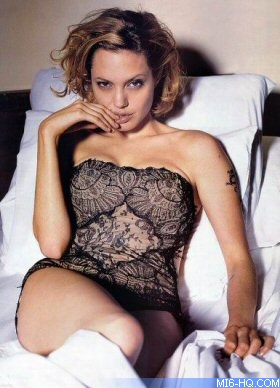 An "insider" said: "Angelina would rather play a baddie than eye candy."

Jolie and Craig co-starred in the first Tomb Raider movie.