Second unit director and director of photography, Arthur Wooster, who led the charge on some of Bond’s biggest action sequences throughout the 1980s has died. He was 91. An unassumingly shy figure, Wooster became EON Productions’ very own action hero. 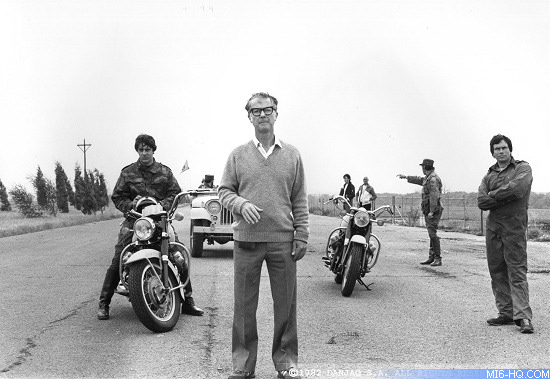 When John Glen made his directorial debut, 'For Your Eyes Only' (1981), he invited Wooster to join his newly assembled creative team, “What attracted me to Arthur was his self-reliance and understated talent. I knew Arthur was a formidable one-man band and an expert documentary cameraman. He was prepared to fly in fast fighter aircraft, ski, mountain climb, and he was a terrific underwater cameraman.” They had first met while Glen was editing the 1961 BBC documentary, Eyes of a Child, for Wooster’s production company.

Arthur George Wooster was born on 18 May 1929. At the age of 15, he left school with no qualifications. While working in the family butchers shop in Wembley he began to show a keen interest in photography. The shop was situated opposite Wembley Studios and one regular customer secured a position for Wooster as a clapper boy at Pinewood Studios. His first film was Humphrey Jennings’ 'The Cumberland Story' (1947).

In 1948 Wooster joined the Crown Film Unit, the Government body that produced training films, documentaries, and infomercials. After completing his National Service, he re-joined Crown and worked on Cyril Frankel’s Man of Africa in Uganda as a focus puller. While the company was shooting a film in Malaya the crew were ambushed and the cameraman was seriously injured. Wooster jumped at the chance to fill the position and joined the unit in Singapore. He quickly learned storytelling disciplines by editing in-camera, shooting footage that would form a newsreel with a coherent narrative and could immediately be sent out to cinemas.

In 1952 Wooster and three of his former Crown Film Unit colleagues formed their own company, Film Partnership. He went all over the world shooting documentaries and found himself directing many of them. Wooster photographed travel films for Pan-Am, wildlife, and current affairs programmes. The Film Partnership dabbled in early 3D technology and shot ground-breaking 3D colour footage of the Queen’s Coronation that has now been restored by the British Film Institute. 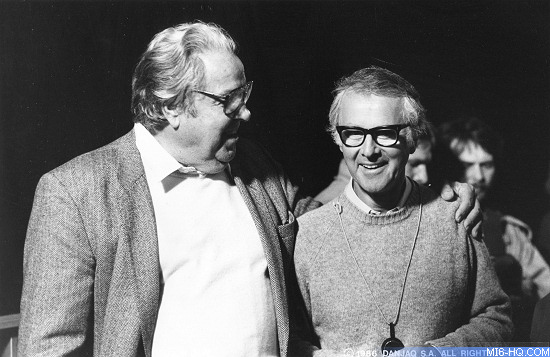 Throughout the 60s and 70s, Wooster found a niche shooting sports tournaments and covered England’s World Cup Victory in 1966. He had a reputation for excellent long-lense work and became a regular senior DoP for Michael Samuelson who produced official films on behalf of the Olympics. Director John Schlesinger chose Wooster to shoot his segment of the prestigious documentary, Visions of Eight, a unique film about the 1972 Summer Olympics in Munich. Between Bond duties, Wooster joined the official production team at the World Cup tournaments in Spain (1982) and Italy (1990).

In 1983 BAFTA bestowed Wooster with the prestigious Michael Balcon Award for Outstanding British Contribution to Cinema. Awarded to the likes of David Putnam, Alan Parker, and Ridley Scott this was huge recognition for Wooster’s pioneering documentary work.

Wooster worked sporadically in feature films as a second unit director - 'Le Mans' (1971), 'Gold' (1974), and 'Five Days One Summer' (1982) - but it was not until he joined the James Bond team that cinema became his mainstay. John Glen amusingly recalled Wooster’s first meeting with Cubby Broccoli, “In stumbled Arthur and he tripped over the carpet. Arthur was not what Cubby expected and had a pronounced stutter when nervous. Cubby gave me an incredulous glance and it would take the next two weeks to convince him that Arthur was my man.”

Wooster was often likened to a human dynamo. For one documentary he had daringly strapped himself to a submarine and filmed it submerging beneath the waves. Cubby Broccoli was tickled by his fearless nature and later christened the second unit “Arthur’s Chindits” after the British World War II special operations unit who were often thrown behind enemy lines to complete death-defying missions.

Glen praised his contribution to the Bond films, “Arthur directed and photographed some incredible scenes. When I think of the action on 'For Your Eyes Only', the car chase amongst the olive groves was terrific. On 'A View To A Kill' he managed to shoot the fire engine night chase through San Francisco but to my mind, his best work was the incredibly dangerous truck sequence on 'Licence To Kill'.” Glen recalls Wooster was also a competent helicopter cameraman and shot the Nene Valley aerial footage of the death-defying train fight in 'Octopussy' himself. 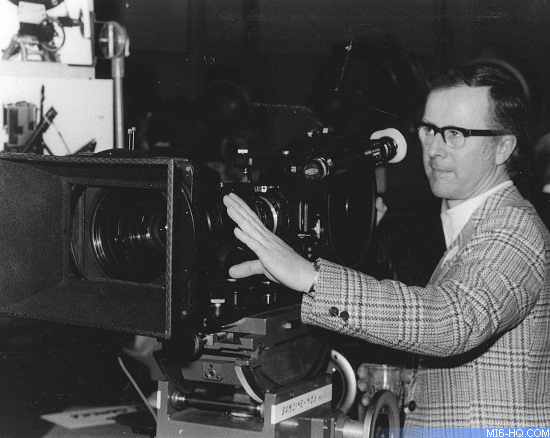 In 1986 Timothy Dalton shot his first scenes as the new James Bond with Wooster’s second unit, gripping the top of a Land Rover as it careered down the rock of Gibraltar for 'The Living Daylights'’s pre-title. The four-minute sequence had to convince audiences that Dalton was a dangerously new and exciting 007. However, John Glen and Cubby Broccoli sent Wooster one instruction, “Don’t damage our leading man.”

British journalist, Sally Hibbin, visited the set of 'Licence To Kill' in Florida and observed Wooster’s presence, “He’s a great bundle of enthusiasm, eagerly explaining what he wants done, impatiently checking the progress of his different set-ups, philosophically accepting all the myriad of problems and delays that beset the unit and happily chatting away about his past experiences to anyone free to listen.”

Following Glen’s departure from the series Barbara Broccoli and Michael Wilson continued to call upon Wooster, then in his 70s, to capture additional material for their films. For 'GoldenEye' he spent 7 weeks on the Eiger Peak in Switzerland waiting for the correct weather conditions to capture one shot of stuntman Jacques Malnit disappearing over the precipice on a motorbike before skydiving after a Pilatus plane. On 'The World Is Not Enough' Wooster’s documentary background appealed to director Michael Apted who sent him to Azerbaijan and the Caspian to capture footage of the derelict oil platforms. He was a competent sailor and proudly completed his Royal Yachting Association certificate. These skills were put to good use on 'Die Another Day' when Wooster led a splinter unit in a small fishing boat into the raging waters off the coast of Cornwall to capture exciting POV footage for the film’s opening surfing sequence.

In 2007 Wooster was awarded a Lifetime Achievement Award by the British Society of Cinematographers. He was immensely proud of this recognition, which has only been presented to 14 individuals in 50 years.

Special effects supervisor, John Richardson, remembered his friend, “My overriding memories of Arthur all relate to his enthusiasm and energy.  It didn’t matter if we were filming underwater on a Bond film, jumping out of a helicopter on a mountain peak on 'Five Days One Summer' (1982), or sailing across the Atlantic for 'Christopher Columbus: The Discovery' (1992), Arthur was always there, highly professional and wanting to get the best for every shot we did.” 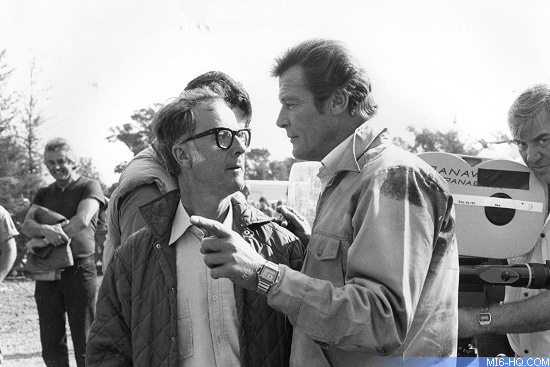 Wooster had been in declining health for a number of years suffering from Alzheimer’s. He passed away on 1st September 2020 in a nursing home in Little Gaddesden, the village where he had lived with his wife Ann for more than fifty years and together had raised their family.