Diana Rigg, who played the iconic role of Tracy Bond, has died aged 82

British actress, Dame Diana Rigg, best known for her roles in ‘The Avengers,’ ‘Game Of Thrones’ and 'On Her Majesty's Secret Service', has died following a six month battle with cancer. She was 82.

Rigg’s agent, Simon Beresford, said in a statement, "It is with tremendous sadness that we announce that Dame Diana Rigg died peacefully early this morning. She was at home with her family.”

Enid Diana Elizabeth Rigg was born in Doncaster on 20 July 1938. She spent her early childhood in India, where her father worked as a railway engineer for the Maharaja of Bikaner. Following several years in colonial splendour, where she spoke Hindi as a second language, Rigg returned to England after the war to complete her education at a Yorkshire boarding school run by the Moravian church. 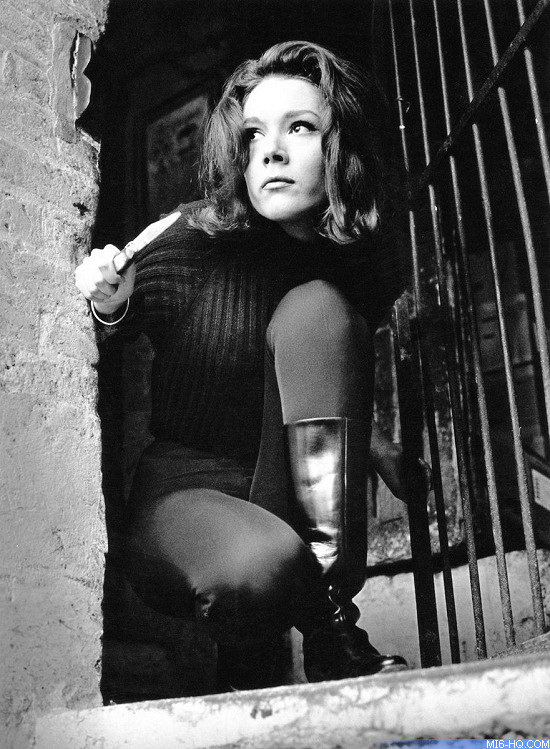 In 1955 Rigg joined the Royal Academy of Dramatic Art and made her professional debut two years later at the York Festival in a production of Bertolt Brecht's ‘The Caucasian Chalk Circle.’ She completed a stint with the Royal Shakespeare Company and received much praise for her performance as Cordelia in a touring production of ‘King Lear.’

When Honor Blackman left the hit TV series ‘The Avengers’ to play Pussy Galore in 'Goldfinger', Rigg screen-tested and won the role of Emma Peel - John Steed's new female companion opposite future 'A View To A Kill' star Patrick Macnee. Like Blackman before her, Rigg’s leather-clad Peel became a feminist icon. Rigg recalled her move into television was criticised by Peter Hall, then head of the RSC, “He said, ‘She’s going to waste herself in television and silly movies.’ From the classical theatre into television was considered a bit of a step-down. They scorned you.”

Rigg was one of the first to highlight gender pay inequality and held out for a significant pay rise for a second series. She told Variety, “I was earning less than the cameraman. I made a bit of a song and dance about it and demanded more. I was ahead of the game, in that respect, because nobody backed me up. There was no sisterhood. In those days, you were on your own.”

‘The Avengers’ made her a national sex symbol, which, she admitted, she did not know how to handle. Rigg revealed to The Guardian last year, “I kept all the unopened fan mail in the boot of my car because I didn’t know how to respond and thought it was rude to throw it away. Then my mother became my secretary and replied to the really inappropriate ones saying: “My daughter’s far too old for you. Go take a cold shower!”

Then in a move similar to Blackman, Rigg left ‘The Avengers’ for a role in the latest James Bond movie, ‘'On Her Majesty's Secret Service'. In 1969, Teresa di Vincenzo, known as Tracy, was the most complex female character to have appeared in a Bond movie. James Bond was to fall in love and pursue an emotional relationship with Tracy, which culminated in marriage. The casting of such an important role was for producers, Harry Saltzman and Cubby Broccoli, as important as filming their new 007.

Rigg described Tracy in 1969 as “a bit of a mixed-up lady. I think she’s much more dimensional than most of the other women who have been in the Bond pictures. Really to a large extent they’ve been set dressing and therefore the visual titillation or whatever you call it. The thing that attracted me to this part is that it’s got many more facets than being attractive. I could not have done it if it was to be attractive.’

She was a well-known commodity compared to the new James Bond, George Lazenby. Ambitious to forge a film career after years in television, Rigg hoped the Bond film would “make me better known in America.” She was paid £50,000 for her efforts, similar to the sum received by Lazenby. 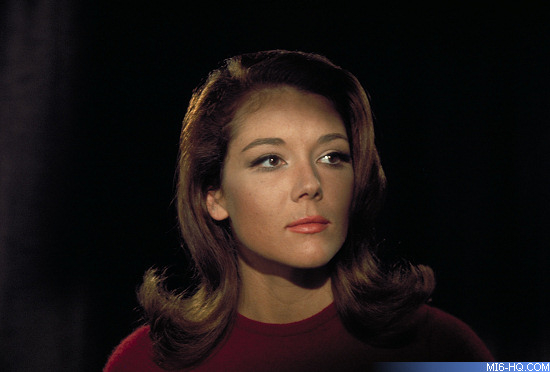 Rigg enjoyed the opulence and in 2014 told a live audience, during her one-woman show, ‘No Turn Unstoned’, “I loved doing Bond. Apart from anything else, I had never been in anything so extravagant. The money they spent. I came from subsidised theatre and suddenly I had to look at a watch so what do they do? They send me down to Kensington market and came up with several boxes [for me] and I said, ‘That one.’” She participated in as much of the action as possible. She told broadcaster Mark Lawson, “I didn’t ski. I had this very good guy called Willy Bogner who did it for me but I did drive that car around that rink and LOVED it. The poor cameraman was green."

Lazenby has made it no secret that he was a philanderer and his swinging style soon ran afoul of Rigg, “Diana and I could have had an affair. She said, ‘If you don't mess with the other girls, there's a chance you and I could be together.’ So one day I was in the stuntman's tent with the hotel receptionist when Diana walked past. The stuntman lifted up the side of the tent and Diana caught us at it, so that blew it. There was a bit of tension during filming after she caught me in the tent, but she was a pro and we got along fine.”

Later at Pinewood Studios Rigg hollered across the commissary that she was having garlic for lunch before a love scene and hoped Lazenby was too. The press seized on this in what became known at the ‘Garlic Incident’. Rigg later dismissed the gesture as a mere joke and Lazenby, too, felt it got blown out of proportion, “She had her way of doing things and I had mine. She was more complicated than I was.” Lazenby commented today on the loss: “I'm so sad to hear of the death of Diana Rigg. She undoubtedly raised my acting game when we made [On Her Majesty's Secret Service] together in 1968-9. Her depth of experience really helped me. We were good friends on set. Much was made of our supposed differences but that was the Press looking for a news story. I was sorry to have lost my wife in the film at the end. The death of Contessa Teresa di Vincenzo Draco created a memorable cinema moment over 50 years ago. As my new bride, Tracy Bond, I wept for her loss. Now, upon hearing of Dame Diana's death, I weep again.”

Rigg rarely talked about the film for many years. She reflected to Lawson, “I know perfectly well why I’d got the job. George Lazenby was ill-equipped. He was a male model. I was there to steer him through and give it some gravitas - which I did. He was really difficult. He needed help, not in the acting, he was really quite good, and attractive and sexy, just difficult off stage. He thought he was a film star immediately and started throwing his weight around. He was certainly the architect of his own demise as a film star.” 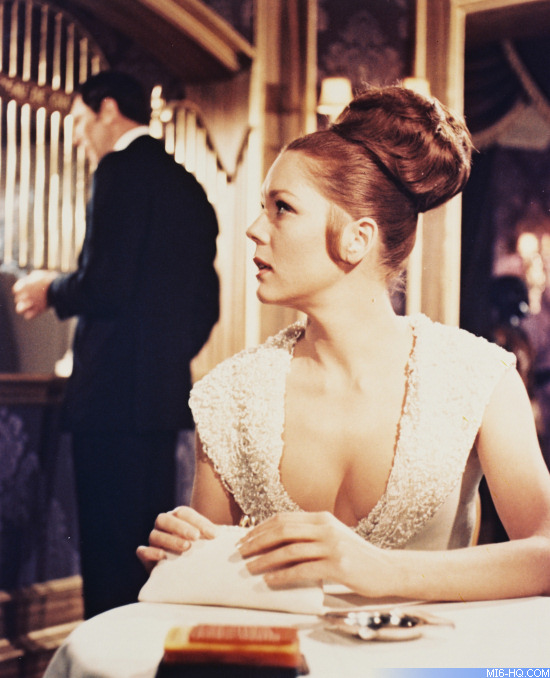 Looking back on 'On Her Majesty's Secret Service' she reflected on how the film has become one of the most revered, "It explored Bond's inner life in the way the Daniel Craig movies have continued. It's up there among the fans' favourites and it's really been reappraised as a film. Why the feminists are up in arms about it I don’t know because the character I played had a central role and was not just a piece of fluff."

Although audiences remembered Rigg for Emma Peel, she successfully carved a distinguished career as a classical actress. She appeared in a number of leading roles with the National Theatre Company at the Old Vic and in 1990, won a BAFTA for her role in the BBC drama, 'Mother Love'. She made occasional appearances on the big screen including Guy Hamilton’s adaptation of Agatha Christie’s ‘Evil Under The Sun.’ In 1994 Rigg won a Tony for her critically acclaimed performance in the Greek tragedy, ‘Medea.’ The same year she was made a Dame Commander of the Order of the British Empire.

In her twilight years, Rigg found a new legion of fans appearing in four seasons of HBO’s epic, ‘Game of Thrones’. She told BBC’s Hardtalk, "I wasn't aware I was getting involved in something so huge. I really had no idea.” ‘Game of Thrones’ showrunner, David Benioff, told Entertainment Weekly, “When we initially cast Diana Rigg, we met with Nina Gold, our legendary casting director, and we had tea with her. Dames don’t audition for you, you audition for them. And we loved her. She was funny, she was bawdy, she was everything we wanted for that character.” 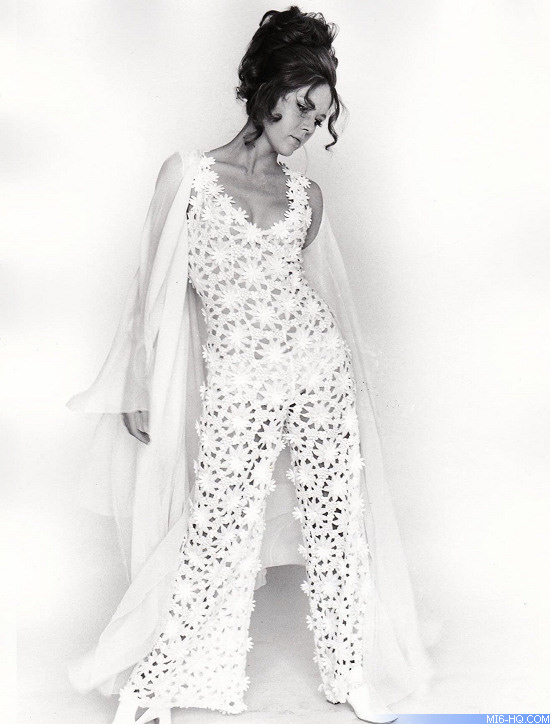 Rigg married twice first to Israeli artist Menachem Gueffen and then to Scottish laird, Archie Stirling, with whom she had one daughter, Rachel. They divorced in 1990. Rigg underwent serious heart surgery in 2017. She told The Telegraph, “My heart had stopped ticking during the procedure, so I was up there and The Good Lord must have said, ‘Send the old bag down again, I’m not having her yet!'”

Rigg’s daughter, actor Rachael Stirling, said: "My Beloved Ma spent her last months joyfully reflecting on her extraordinary life, full of love, laughter, and a deep pride in her profession. I will miss her beyond words."