Born in London on June 4th, 1927,  Geoffrey Dyson Palmer went into National Service after school between 1946 and 1948 where he served as a corporal instructor in small arms and field training in the Royal Marines.

After a stint as an unpaid trainee assistant stage manager, Palmer began to land roles on the stage and the small screen. He found fame in the late 1970s with prominent roles in two smash-hit sitcoms on British television: first as the brother-in-law of Reggie Perrin in 'The Fall and Rise of Reginald Perrin',' and second as Ben Parkinson in Carla Lane's 'Butterflies.'

Palmer also landed guest roles on popular TV series such as 'The Avengers' (three times), 'The Saint,' 'The Professionals,' 'Blackadder,' and 'Dr Who' (also three times). 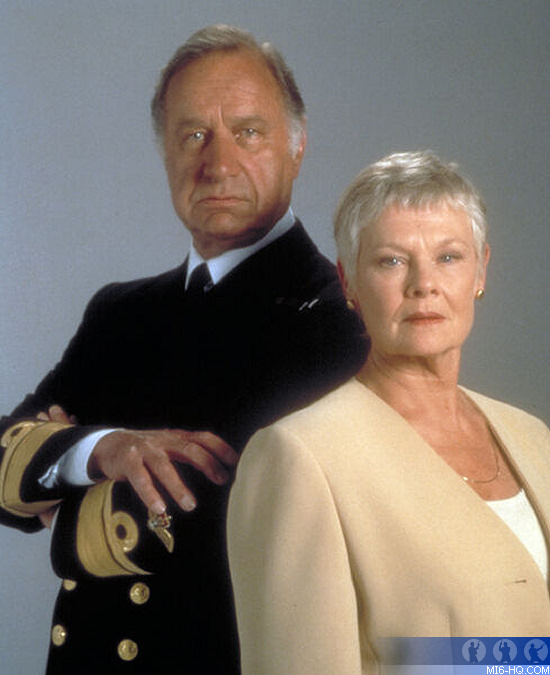 Roebuck: With all due respect, M, sometimes I don't think you have the balls for this job.
M: Perhaps. But the advantage is, I don't have to think with them all the time.

His third major sitcom role came later in 1992 when he starred opposite Judi Dench for the BBC series 'As Time Goes By' which ran for a staggering 13 years until 2005.

It was during this time that Dench and Palmer would unite on the big screen for her second James Bond film 'Tomorrow Never Dies'. Palmer played Admiral Roebuck in the pre-title sequence, jousting with Dench's M about the best course of action. Palmer would appear opposite Dench once again in 'Mrs. Brown' that same year.

Dame Judi told BBC Radio 4's Front Row programme: "Geoffrey was master of comedy, an absolute master." Paying tribute to his "wonderful deadpan expression", she added: "I've admired him all my life. How lucky to have been in something with him for so long." 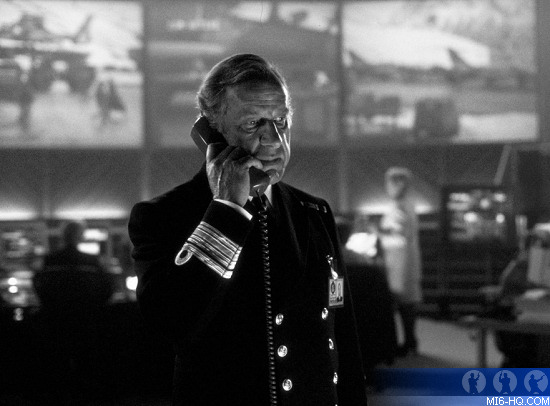 Bond producers Michael G Wilson and Barbara Broccoli remembered the actor as "a much beloved star of TV and film and a treasured member of the Bond family".

Geoffrey Palmer died peacefully in his sleep on Thursday 5th November 2020 at the age of 93. He is survived by his wife Sally and children Charles and Harriet.