GoldenEye editor Terry Rawlings has died at the age of 86

Born in London, England, in 1933, editor Terry Rawlings was nominated for an Academy Award for Best Film Editing for 'Chariots of Fire' and five times for a BAFTA before receiving the American Cinema Editors Career Achievement Award in 2006.

His career began as an uncredited assistant editor in 1957 through 1961. His first screen credit came when he switched to the sound department in 1962 when he was a sound editor and dubbing editor on a number of films through the 1960s and 1970s, including work for Bond director Terence Young on 'The Amorous Adventures of Moll Flanders' (1965), Jack Clayton's 'The Great Gatsby' (1974), and a string of Michael Winner films.

Rawlings then made the switch of film editing with his first credit being the 1977 horror 'The Sentinel,' again for director Michael Winner. His career quickly took off as a succession of seminal blockbusters followed, including 'Alien' (1979), 'Chariots of Fire' (1981), and 'Blade Runner' (1982). He was roundly lauded as single-handedly salvaging the shambles of a production that was 'Alien 3' in 1992. 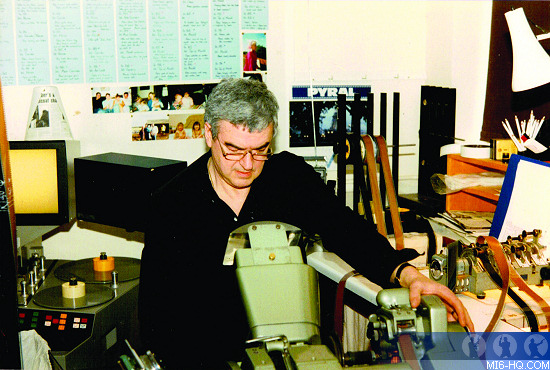 "We were doing a Bond film for the first time in six years, which was exciting. I don’t think we felt so much rested on what we were doing. Every film you work on you try and do the best you know how. This was no more important than any other film. - Terry Rawlings to MI6 Confidential in 2015.

Rawlings' path to James Bond began in 1994 when he edited the action drama flick 'No Escape' for director Martin Campbell. As soon as production had wrapped, Campbell was offered the job of helming the return of 007 to the big screen with Pierce Brosnan's debut outing 'GoldenEye' in 1995. Admittedly not a James Bond fan prior to the assignment, Rawlings accepted Campbell's offer to board Bond as the duo has struck a great working relationship on their previous film. After a meeting with Barbara Broccoli, Michael G. Wilson, and Tom Pevsner, Rawlings was signed up to a team that was, by in large, new to Bond.

With Pinewood Studios fully booked, Rawlings oversaw construction of cutting rooms at Leavesden, along with a screening room to view rushes, all on the same complex as the sets. It would be Rawlings' only work on the Bond series, but his style and fresh take on the franchise left a lasting impression. 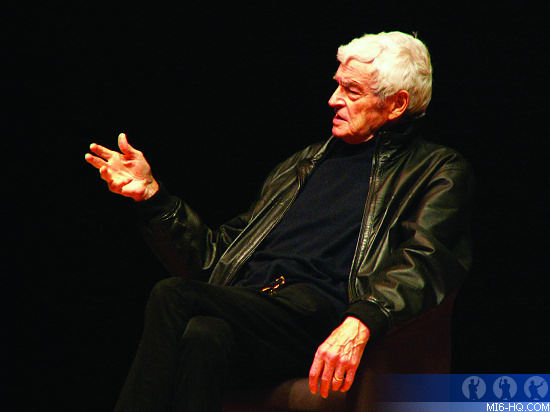 "I remember saying to Tom Pevsner I wanted to make sure that I got credit on the poster. He said we have never done this before. I said ‘Why not try it this time?’ It was the start of the editors getting credit on the poster." - Terry Rawlings to MI6 Confidential in 2015.

His final credit as editor was the 2004 smash hit big-screen adaptation 'The Phantom of the Opera' for director Joel Schumacher.

Terry Rawlings died at the age of 86 on Monday 23rd April 2019 in Hertfordshire, England.

Reflections In A Golden Campaign

GoldenEye As 'GoldenEye' celebrates its 20th anniversary, Nicolas Suszczyk looks back to the film's poster campaign