Daniel Craig and Lea Seydoux were back in the Piazza San Pietro Caveoso to capture close-ups inside the Aston Martin DB5 that was filmed being chased around the square by other cars by the 'No Time To Die' second unit in recent weeks. Craig's driving stunt double was seen giving him advice.

For some other shots, modified DB5s were used with the driving rig mounted on top of the car to enable to stunt driver to be in control but out of shot, whilst Craig and Seydoux are inside the car.

As reported yesterday, the second unit are in the town of Sapri capturing Aston Martin footage along the stunning coast road. Back in Matera, scenes are being prepared at the specially constructed hotel balcony at the Belvedere Piazzetta Pascoli. 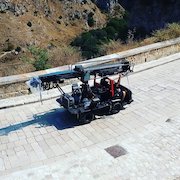 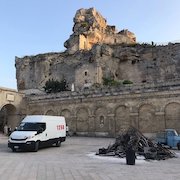 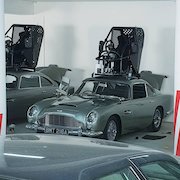 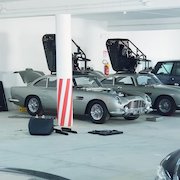 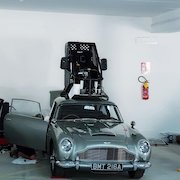 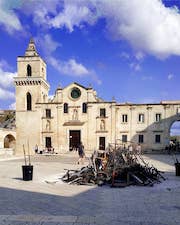 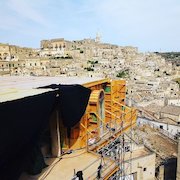