'No Time To Die' will make its UK terrestrial television premiere this holiday season, making it the quickest big-screen-to-small-screen transition of the Daniel Craig era.

ITV1 will put 'No Time To Die' in the center of its New Year's Day schedule with the prime 8pm time slot. The broadcaster will also show the preceding film, 'SPECTRE', on the Friday night before (December 30th), also at 8pm. 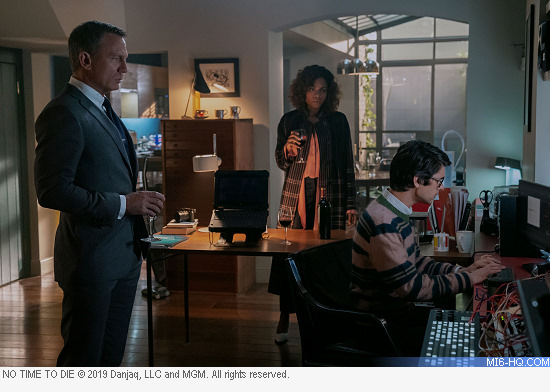 The broadcast means the gap between 'No Time To Die's world premiere and its terrestrial television premiere is just 460 days (or a little over 1 year and 3 months). That is less than the delay between the film's announced release dates.

ITV also debuted 'SPECTRE' on New Year's Day back in 2018, which was 798 days after its world premiere. 'Skyfall' first aired on UK TV on Christmas Eve 2014, 792 days after it opened in cinemas.

There was no big holiday for 'Quantum of Solace' which premiered on ITV on 26th March 2011, 878 days after its London premiere. Daniel Craig's debut outing 'Casino Royale' also landed outside the festive period when ITV screened it first on 19th September 2009, 1040 days after his big screen era began.

ITV has been the home of James Bond on free-to-air terrestrial TV in the UK since 1974 when United Artists inked the initial deal for the broadcaster to show the first six films. 'The Christmas Bond Film' became a family favourite starting in 1978 and running through most of the 1980s.